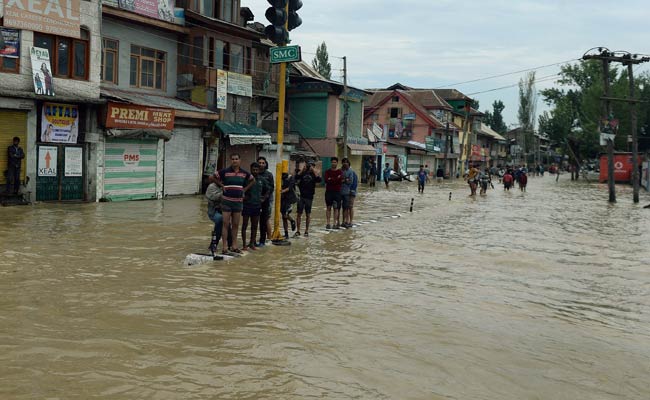 People make their way along a flooded street in Srinagar on September 9, 2014 (Agence France-Presse photo)

Srinagar/Jammu: About six lakh people are still believed to be trapped in flood-ravaged Srinagar and south Kashmir. Over 49,000 people have so far been rescued in a massive multi-agency operation and the Centre has asked the Jammu and Kashmir government to list their names on its website.