Devyani Khobragade case: no apology, no dropping of charges, says US 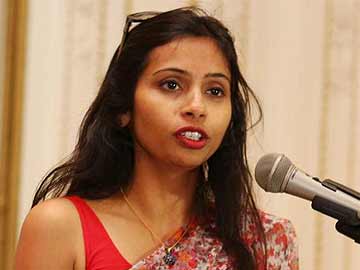 Indian diplomat Devyani Khobragade, who was arrested in the US for alleged visa fraud

New Delhi/Washington: The US has apparently hardened its stand on Indian diplomat Devyani Khobragade, who was arrested last week over alleged visa fraud. A US State Department spokesperson today rejected India's demand for dropping of charges against the diplomat, calling it a "law enforcement issue." India has said it will go only by conversations held at "senior levels" between New Delhi and Washington.