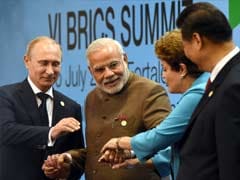 Fortaleza, Brazil: The new development bank of the group of BRICS countries will be headquartered in Shanghai, China, with the presidency held by India for the first five years. In hard negotiations, India won on some key points.

Here are ten things to know about the new BRICS bank: