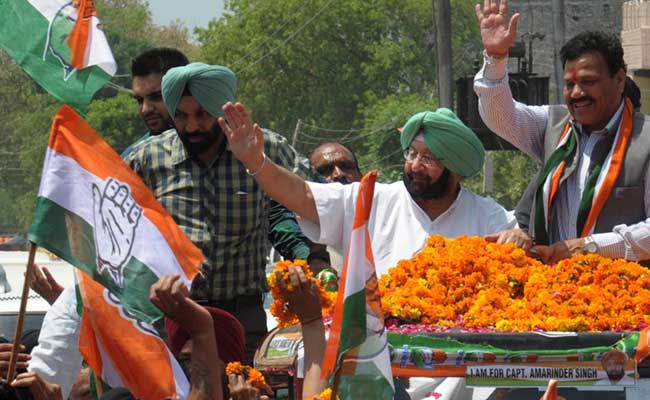 Chandigarh: In a major blow to Punjab Chief Minister Amarinder Singh, the Punjab and Haryana High Court on Wednesday set aside the appointment of his Chief Principal Secretary Suresh Kumar, holding it ultra vires of the Constitution.

Justice Rajan Gupta ruled that the retired Indian Administrative Service officer was holding the post "in violation of Article 166 (3) of the Constitution" and thus the appointment was "null and void".

Suresh Kumar is considered close to Amarinder Singh and is seen as the most powerful man in the state after him.

An official spokesperson said on Wednesday that the Chief Minister has asked Mr Nanda "to analyse the court's order in detail and ascertain the grounds cited by the judges to quash Suresh Kumar's appointment".

"The detailed judgement would be examined and further legal avenues would be explored to decide on the future course of action," he said, adding that both the central and state governments have been appointing retired civil servants as Principal Staff Officers.

Suresh Kumar, a 1983 batch IAS officer, was appointed to the key post immediately after Amarinder Singh assumed office in March 2017. Kumar had retired as Additional Chief Secretary in April 2016.

He was earlier the Principal Secretary to Amarinder Singh during the latter's earlier tenure as Chief Minister from 2002-2007.

A lawyer had moved the High Court last year to challenge Kumar's appointment.

The High Court order comes as the Chief Minister, who is already grappling with controversies surrounding Irrigation and Power Minister Rana Gurjit Singh, who has since submitted his resignation. Gurjit Singh, a billionaire industrialist and also considered close to Amarinder Singh, saw his name crop up in the multi-crore rupee auction of sand mines to certain persons who he claimed were no more his employees.