Sasikala, Trusted By The RSS With "Awakening" Hindus In Kerala 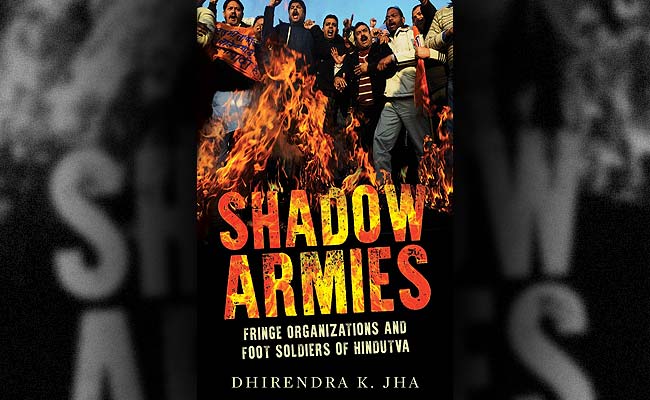 Another sip of black tea. Another pause. Then another whispered explanation in Malayalam by one of the men flanking her. 'For much of the past centuries,' booms out the voice of K.P. Sasikala Teacher, the president of the Hindu Aikya Vedi (HAV), 'the Hindus of Kerala have suffered because there has been a planned effort to wipe them out. Earlier, Muslims and Christians used to do this with swords, now they are doing this with a smile on their face.' She then relapses into yet another pause, apparently waiting for applause. And there is always applause. The men almost seem to believe that she can make Kerala favourable for their politics through her teachings.

Within the HAV, the RSS wing set up to prepare the ground for the BJP's Hindutva politics in Kerala, there is absolutely nobody who can match Sasikala's oratory skills. But when it comes to tackling tricky political questions, as in a formal interview, she needs constant support. The men who provide her this support - apart from regular doses of encouragement through applause - are trusted activists of the RSS. They stay close and whisper in her ear every time she looks around for an answer. The dais, however, changes her completely - it is there that she engages in the unrestrained pursuit of the Hindutva agenda, pushing it furiously and stubbornly.

Sasikala's rhetorical flourishes and overdramatic pauses - especially when delivered in the course of regular conversation - often give the sense of a performance which has been delivered many times before. This is appropriate because her public life since she joined the HAV in 2003 has been an act based on a script written for her by the RSS. The Hindutva outfit gave her the presidentship of the organization. It had great faith in her ability to pulverize Kerala society so that the BJP could sail through in a state hitherto known for its two-party politics: between the Communist Party of India - Marxist [CPI(M)]-led Left Democratic Front (LDF) and the Congress-led United Democratic Front.

As a result, she is the most sought after person for any meeting organized by Hindutva outfits in the state. However, as a native, she prefers to concentrate on the South Malabar region comprising the districts of Palakkad, Thrissur and Malappuram. In 1981 Sasikala became a primary school teacher at the Pattambi subdivision of Palakkad, and in 1993 she was promoted to a government high school where she taught social studies (history was her favourite subject). Sasikala joined the HAV as one of its vice presidents in 2003, when it had been relaunched and given an organizational structure by the RSS. In 2007, she was made its president - a post she continues to hold. As a leader of the HAV, she would like to be thought of not so much as a participant in politics but as a participant in 'public life', which she entered because of her 'Hindu feelings'.

Sasikala's speeches are clearly aimed at polarizing society on communal lines. She, however, insists that she uses her oratory for the 'awakening' of Hindus. Interestingly, she employs the Valluvanadan dialect to deliver her speeches; this is in vogue primarily among brahmins and other upper castes in the Valluvanadu region, which consists of parts of the Palakkad, Thrissur and Malappuram districts. Her critics feel that her speeches, both in content and form, represent an attempt of the upper castes, especially brahmins, to recapture the political supremacy they once wielded in the past.

Though almost every speech of Sasikala is pointedly divisive, some of them are shockingly brazen. Take, for instance, her speech attacking the then Kerala minister of cooperation and devaswom, G. Sudhakaran, who had made a request to the management of the famous Guruvayur Temple to consider allowing the entry of the renowned singer K.J. Yesudas, a Christian. 'Will he [Sudhakaran] write a similar letter to the authorities of Saudi Arabia urging them to allow Yesudas to visit Mecca? Will he dare to do that?' Sasikala asked in one of her most controversial speeches delivered soon after she became the HAV president. Here's another example:

In 1921, when a group of Muslims [Moplah] went berserk in Malabar, Hindus ran away leaving behind everything - their houses, their wealth, their temples. It was a shameful chapter in the history of Kerala. Times have changed now. In Marad, when eight people died and fifteen others got seriously injured, the Hindus did not flee. They stood firm. That courage did not come automatically. It was the disciplined and concerted effort of the RSS which gave Hindus that courage. Similarly, in the 1950s, when Sabarimala temple was burnt to ashes by Christian fundamentalists, Hindus could do nothing except pray for Lord Ayyappa to chop off the hands of those who had done this. At that time they could just pray because the RSS had only begun its activities in Kerala. But in the 1980s, when a cross suddenly emerged in Sabarimala forests, Hindus did not shed tears in front of that cross. They prayed to Lord Ayyappa and organized themselves and plucked the cross and threw it away. Again this was not courage that Hindus had gained automatically over the years. This was the result of the organized work of the RSS to protect Hindu swabhiman.

Despite being a teacher of history Sasikala simply does not bother about historical facts when she sets out to do her rabble-rousing. For instance, it was not a communal riot but a peasant uprising that took place in Malabar. Researchers have established convincingly that in 1921, the Muslim peasants of the region, known as the Moplahs, rose against their landlords: the Namboodiris and the Nairs. This resistance to extreme forms of exploitation by upper-caste landlords was suppressed and given a communal colour by the British. Why else would the very first batch of Moplah prisoners include a Namboodiri and four Nairs?

Sasikala's speeches have earned her a lot of admirers who call her 'Jhansi ki Rani' after the valiant queen who fought the British. But the majority of Malayalis see her as a figure of ridicule, dubbing her 'Vishkala' because of the 'vish' or venom she spews in her speeches.