Indian Soldiers Were Heli-Dropped Into LTTE's Lair At Jaffna 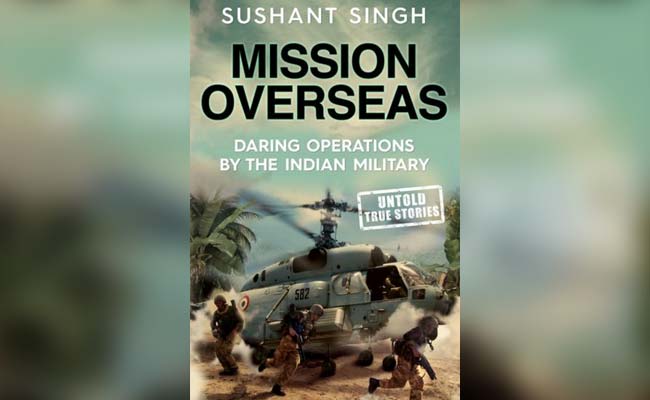 The para commandos raised the battle cry 'Durge Bhawani ki Jai' as the two Mi-8s, piloted by Wing Commander Sapre and Squadron Leader Vinay Raj, took off on schedule at 1 a.m. on 12 October, carrying the first fifty men. Due to low drifting clouds and poor visibility, they could not adhere to the original briefing to fly at 300 metres altitude; instead, they flew at a lower altitude of around 200 metres.

The two helicopters observed a complete blackout - all lights were switched off, including the 'blade tracking' lights in the wing tips, which enable the pilots to manoeuvre in confined airspaces. The only visual cue for Vinay Raj to maintain the correct distance from Sapre's helicopter was the single formation light on top of the tail boom of the leading Mi-8. These formation lights were also switched off as the choppers entered the last few metres of their descent. In spite of the poor visibility, the two pilots managed to locate the landing ground. Sapre hovered 10 metres over the landing zone while the para commandos slithered down a rope to the ground. As he was alighting, Bhadauria's legs got entangled in the rope and he experienced some hair-raising moments as the helicopter took off with him dangling below it, desperately clutching the rope. Fortunately, the upward thrust of the helicopter untangled the rope in the nick of time and he jumped to the ground. It was the first of many lucky breaks for him over the next thirty-seven hours.

As they landed, Sheonan and his men immediately threw out the door loads. His men started running towards the edges of the ground to take their positions. Sapre came out and gave a thumbs-up sign to Sheonan. The Mi-8s took off, and Sheonan realized that they were under fire from the LTTE. The sound of fire from the LTTE's Chinese-made AK-47s and German G3 rifles had been drowned by the noise of the helicopters. Sheonan looked at his watch. It was 1.20 a.m.

As the two Mi-8s took off using full power, they too came under fire from the LTTE though neither was hit. Intelligence reports later confirmed that the LTTE were broadly aware of the IPKF's plans - they had intercepted the IPKF's VHF radio transmissions - but not fully prepared for the first landing. Sapre radioed Palali to send in the second pair of Mi-8s. By then, Sheonan had spoken to Nauriyal at the Palali helipad on radio and told him that they were under fire. He also instructed Nauriyal not to pass on this information to the IAF pilots as they may hesitate to fly in more troops.

Immediately after landing, Sheonan was supposed to light up the landing zone with markers to allow the following helicopters to land. The T-shaped marking is done by lighting a set of 'goose lamps', which have a wick that burns for three to four hours. As soon as the para commandos lit the first goose lamp, the team came under heavy fire. Sheonan decided against lighting the lamps and informed Palali of the change of plans. As in many battles, the first casualty was the battle plan.

In a few minutes, the second set of helicopters with the rest of the para commandos was to arrive. Sheonan recalls that he and his men 'kept waiting and waiting but no choppers came'.

The second set of Mi-8s was piloted by Prakash and Duraiswami. When they approached Jaffna University, they noticed that the entire area was enveloped in the flashes of small arms fire and grenade blasts. Flashes of tracer bullets from the SLAF attack helicopter in the distance painted an even scarier picture in the darkness of night. The landing ground had also not been lit up. Prakash and Duraiswami failed to locate the landing ground and decided to abort the mission. They flew back to Palali with fifty-three para commandos still on board.

The official enquiry on the incident indicted Sheonan for not lighting up the landing zone as per plan. It remains controversial to date, with opinions divided over Sheonan's decision. There are those who believe that the second set of sorties would not have been aborted had the para commandos lit up the landing zone.

Promoted
Listen to the latest songs, only on JioSaavn.com
Sheonan had his reasons: 'I was the man on ground and took the call. If the landing zone had been lit up, the LTTE fighters would have brought more concentrated fire on fifty of us. Also, the next set of helicopters landing there would have been targeted with heavier and more effective concentrated fire.'

Excerpted with permission of Juggernaut Books from Mission Overseas by Sushant Singh available in bookstores and on Juggernaut.