Blog: Vinod Dua, Who Shaped My Career And So Many Others'

June, 1992. I walk into Vinod Dua's office for an interview as a summer intern. My mother and Mr Dua's wife, Dr Padmavati, worked at a charitable clinic together. A chance conversation between them led to this internship. The internship was intended to make productive use of my summer vacation. Little did I know it would change the course of my life.

Mr Dua peered over his spectacles intently - a look that a generation raised on Doordarshan was accustomed to. Here I was, face-to-face with the charismatic anchor who had blazed a path for himself through fearless journalism, intellectual firepower, verbal artistry and an incredible connect with viewers. He read my CV aloud with a tone of bemusement: Head Girl, College President, Elocution, Dramatics, Debate. I froze, wondering if it was enough. He chuckled, "It would be such fun to be in college again."

Those were the days when there was no private news channel in India. Mr Dua was producing a programme for Doordarshan on the anniversary of the Narasimha Rao government. He had taken up a temporary office space on Barakhamba Road in Delhi. As an intern, I had to line up interviews with ministers and experts; his producers and he would be out all day, filming. The programme was a success and Mr Dua bagged a long-term contract for a weekly news-magazine, 'Parakh'. He offered me a job as news coordinator, and I found myself switching career paths from pursuing Law to Journalism. 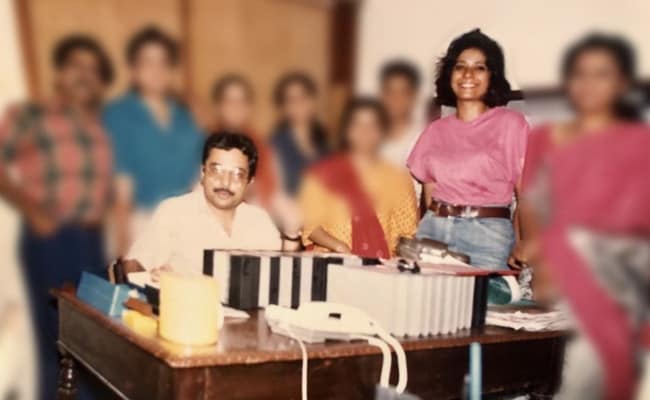 The next few weeks were dedicated to locating a more permanent office space and putting together a team for 'Parakh'. As a novice in the field, it was a privilege to see some of the finest journalists up close and feel the rush of news events. Watching Mr Dua in his anchor and interviewer avatar was gripping - with no auto-cue, he would speak straight into the camera, never fumbling, seldom going in for a second take. I watched with amazement as he interviewed people in power, asking uncomfortable questions in his measured voice, never mincing words, never fazed.

His presence was legendary. On shoots, common people would look at him star-struck, and he would respond with a sense of ease and familiarity, having risen from refugee colonies. Responding to his diminutive frame, a fan in North Block once exclaimed, embarrassingly, "Itna bada aadmi aur itna chhota kath". Mr Dua laughed it off good-humoredly, a twinkle in his eye.

A music-lover to the core. The music system was an integral part of the boss's room.  A vivid memory is of him reading the newspaper with his little daughter on his lap, tapping his feet to Nusrat Fateh Ali Khan. The man who could stare down any politician also had a razor-sharp wit and an eclectic love for poetry and literature.

The next few months would shape Indian history and politics irrevocably - the demolition of the Babri Masjid in December, followed by the Mumbai serial blasts of 1993. Coordinating the coverage while absorbing the magnitude of the events was, for a straight-out-of-college youngster like me, life-changing. We were on the sidelines of history - literally watching it unfold, trying to make sense of it all. 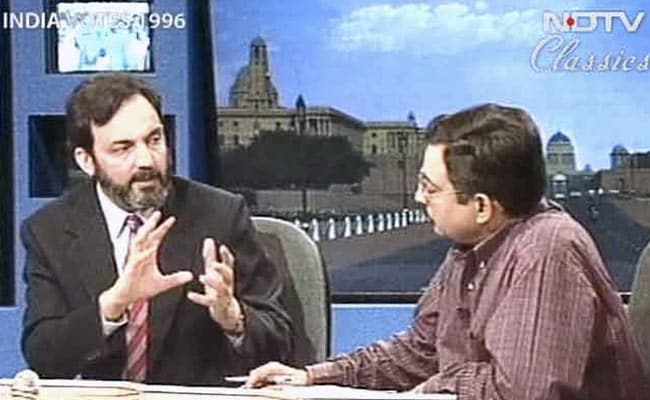 NDTV's Prannoy Roy with Vinod Dua during a panel discussion on the counting day for the 11th Lok Sabha elections.

Almost 30 years later, the world is a different place. From only DD News back then, there's a plethora of news channels and a line-up of star anchors now. From tedious editing on umatic tapes back then, now there's the less cumbersome non-linear editing. From having to send riders to the airport to fetch stories sent by outstation reporters, there are live links and OB vans today. From sitting in libraries pouring over research, it's all a click away on Google now.

I thought I'd share my 30-year milestone with Mr Dua in June next year, instrumental as he was in opening the world of journalism to me. My mother and his wife, whose chance conversation landed me the internship, are both gone. Now, he's gone as well. The old order, our once-familiar world, all fading away.

Prannoy Roy, the trailblazing psephologist and Vinod Dua's co-anchor on the most landmark election shows, and my boss for almost 19 years, is one of the few links to the world I once knew. Their election analysis with the seamless transition from English to Hindi kept a nation riveted. There'll never be a team like theirs again. Election analysis will never be the same again.

Vinod Dua, the original mass communicator, gone without a sign off.

Blog: Why This Is Already A Landmark Year In The Pollution Fight