For a state with just seven Lok Sabha seats, Delhi punches way above its electoral weight. That's mostly because it houses all major institutions of power: parliament, government, Supreme Court and much of national media. Delhi's politicians get much more press than netas of any other small state or union territory. Its Lok Sabha candidates become mini national celebrities.

The Dilli Dangal of 2019, is also being keenly watched because it could decide Arvind Kejriwal's political future. In 2014, Kejriwal became the favourite of liberals opposed to Narendra Modi. One year later, he swept the Delhi assembly elections, having won-over more than half of the city's voters: From middle-class families living in tony enclaves to the poor in the jhuggi-jhopdi or JJ colonies. 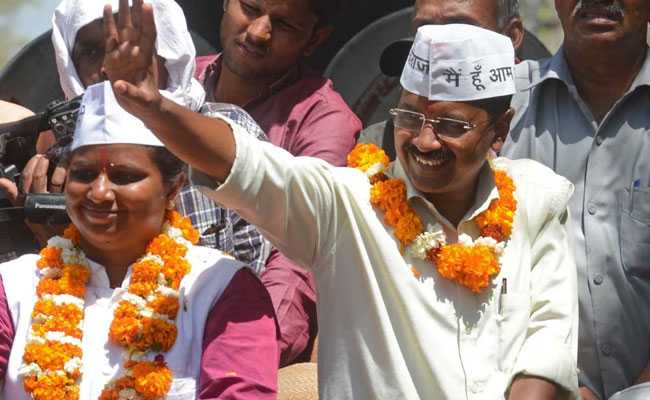 In 2014, during the Modi wave, the BJP got more than 46% of the popular vote and won all seven seats. The AAP, which came second in every seat, managed about 33% votes. The average victory margin was about 1.6 lakh votes. The Congress came a distant third with just a little over a 15% vote share. Overall, the BJP got about 38 lakh votes, AAP 27 lakh and just 12.5 lakh people voted for the Congress, which had ruled Delhi for 15 years.

In the 2015 assembly polls, the picture turned on its head. AAP swept Delhi, winning an unprecedented 67 out of the 70 assembly seats. It won over 54% of the popular vote and the BJP's vote-share dropped to less than one-third. The Congress did even worse, its vote-share dropping below 10%. If one converts the assembly votes into Lok Sabha leads, AAP would have swept all seven seats in Delhi, with an average victory margin of 23% or nearly 2.8 lakh votes. 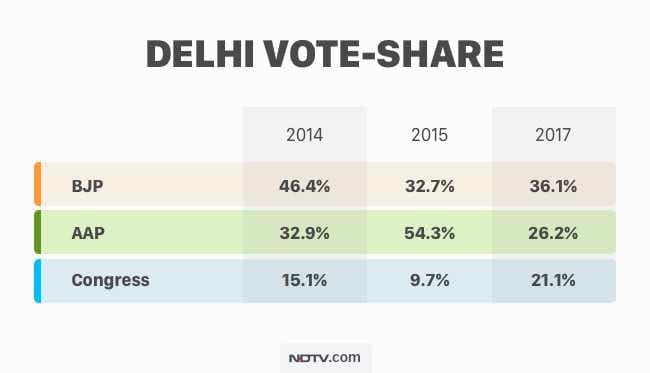 In terms of votes, seven lakh more people turned out to vote in 2015 than in the general elections in the previous year. AAP scooped nearly 49 lakh of those votes, the BJP about 29 lakh and the Congress less than 9 lakh. It looked like the people of Delhi had decided to go Congress-mukt.

But, over the next two years, the Centre's representative, Delhi's Lt Governor Najeeb Jung made it tough for Arvind Kejriwal to run the state. The Kejriwal personality cult, which was already evident in the AAP's 2015 campaign slogans, Paanch Saal Kejriwal & Maange Dilli Dil Se Kejriwal Phir Se, started to weaken the party. Several early fellow-travelers began to publicly criticize the over-centralisation of power in the hands of a small group led by the chief minister. They were either hounded out of the party or quietly exited on their own.

The result was a massive erosion in public support for AAP. This became evident in the elections to the Municipal Corporation of Delhi, where the BJP had a slim majority. AAP expected to make big inroads if not to take control of the three municipalities of Delhi. That was not to be. The BJP won two-thirds of the 272 MCD seats, taking just 3.4% votes more than in 2015. The reason was that AAP collapsed, getting just 26% vote-share. In just two years, its vote share had fallen to less than half. 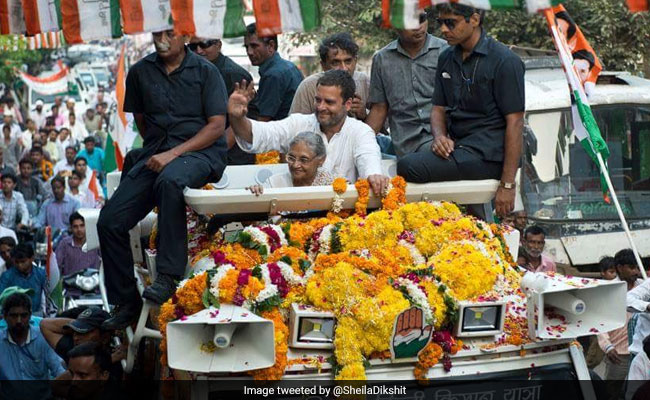 Of course, fewer people vote for local body elections and the turnout had dropped sharply. If 89 lakh people voted in 2015, only 71 lakh voted in the MCD polls. The lower turnout meant that the BJP got a higher vote-share even though it got 3.5 lakh votes less than 2015. The AAP dropped a massive 30 lakh votes. Clearly, a large chunk of the 18 lakh people who voted for the Delhi assembly polls but didn't turn-up for the local body elections had voted AAP in 2015. Another 12-13 lakh voters, who had voted for AAP in the assembly polls, decided to switch to someone else in the MCD election.

Who scored these votes? In local body elections, independents and local netas take away a larger proportion of the overall vote-share. In 2014, independents and smaller parties had a little over 5% vote-share, which dropped to about 3% in 2015. In 2017, their share rose to over 16%. That means one in every six voters in the MCD polls voted for an independent or small party.

However, the biggest beneficiary of the AAP's decline was the Congress. Not only did its vote-share rise to 21% from less than 10% in 2015, but it also got a larger absolute number of votes compared to both 2014 and 2015. About 6.4 lakh voters who had voted for AAP or BJP in 2015, picked the Congress in the local body elections. This happened despite a sharp 21% drop in voter turnout compared to the 2015 assembly polls.

Remember that the Congress party's revival in the MCD polls took place in April 2017, right after the BJP had swept Uttar Pradesh. It was several months before GST (Goods and Services Tax) was implemented or the economic impact of demonetisation had been felt. Since then, the Congress has improved its tally in Gujarat, and has come to power in Karnataka, Madhya Pradesh, Chhattisgarh and Rajasthan. So it wouldn't be unfair to say that the Congress party's fortunes in Delhi are likely to have improved since the MCD elections two years ago. This has happened mostly at AAP's expense. That is the reason why Arvind Kejriwal was so keen to join hands with Rahul Gandhi. If the MCD elections and the Congress party's national revival since then are anything to go by, AAP and Congress are now almost even stevens in terms of vote-share. Together, the two parties could well win more than half the votes, but fighting on their own, they will split the non-BJP vote.

That clearly means it is advantage Modi in Delhi. The BJP is counting on Delhi's electorate voting for the PM when it comes to the Lok Sabha polls, rather than on local issues. The BJP has also played it safe by replacing a few sitting MPs and bringing in star candidates like Gautam Gambhir and Hans Raj Hans, to reduce the impact of any local anti-incumbency.

The Congress could have had a fighting chance of winning a couple of seats if it had agreed to a tie-up with AAP. But it appears to have decided to play the long game. An alliance with AAP would have ensured Arvind Kejriwal gets a voice inside parliament. The Congress would rather eat into his votes than give the Kejriwal cult another lease of life.