Inside The Reddy Wedding In Bengaluru, Here's What I Saw

Two large elephants rocked gently, moving their trunks close to the entrance of a huge air-conditioned tent. The tent itself looked straight out of the Vijayanagar empire, although it was positioned in a different royal ground altogether - the Palace in Bengaluru built by the Wodeyars of Mysuru.

This was the arrival point for the wedding reception hosted yesterday by mining tycoon and former Karnataka minister Gali Janardhana Reddy. The vital stats are now front-page news: 50,000 guests, 3,000 security guards and bouncers, a venue that covered 30 acres and included multiple Bollywood-type sets. 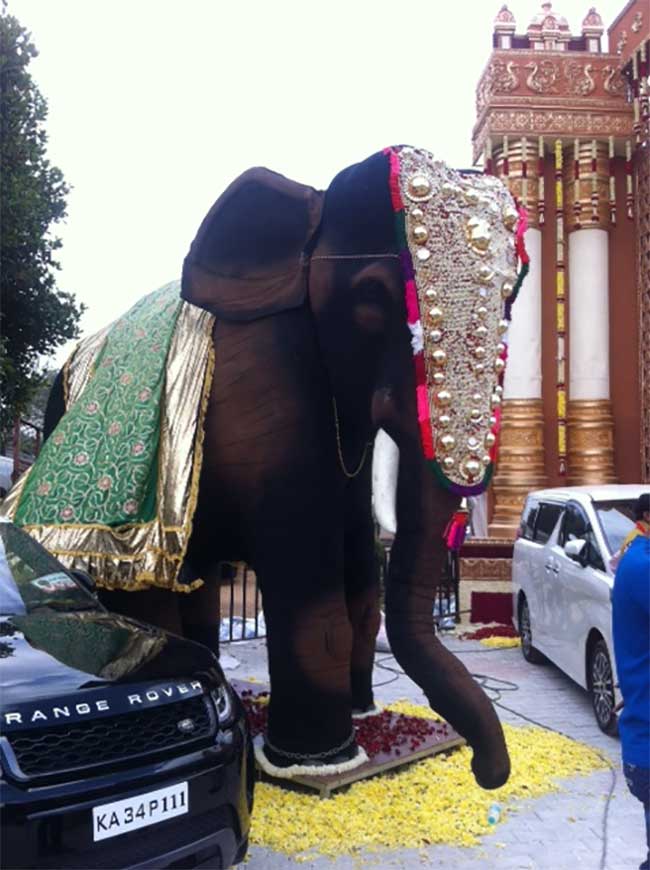 This elephant greeted us at the entrance. No, it's not real.

But back to the elephants. An animal lover, I am disturbed when I see animals kept in discomfort and I moved closer. The elephants were not real. Like the Vijayanagar temples of Hampi that were the backdrop for the wedding, the elephants were part of a grand illusion. They had motors inside them that kept them moving. The man in charge said he did not know how much had been paid to rent them - but they have been leased to other venues for about Rs 70,000 a day. People lined up to take selfies with the elephants. Some even offered money to the elephant, a ritual common to temples. 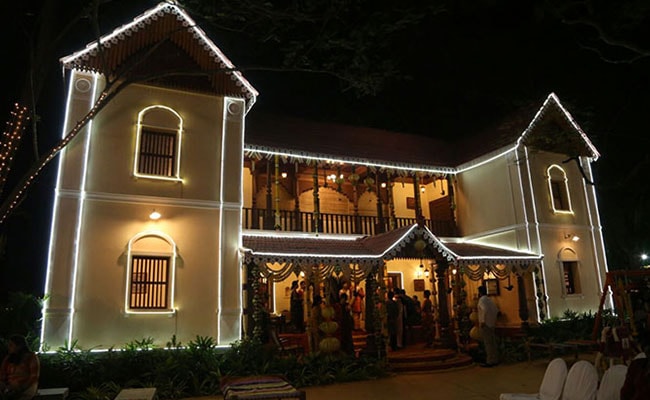 Replicas of the houses of the bride, Brahmani, and groom Rajeev Reddy

Money was a big question surrounding this wedding - with estimates over the expenditure never dropping below 30 crores and touching 500 crores, as quoted by politicians in parliament today. Attention-grabbing at any time. But particularly when Indians are struggling for cash after the ban on Rs 500 and Rs 1,000 notes. 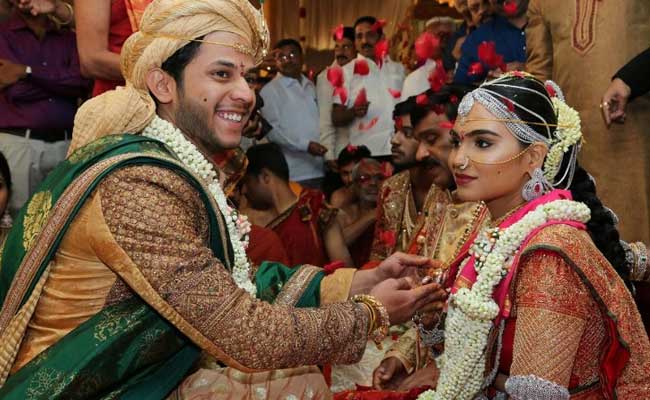 Around 50,000 people, including politicians and celebrities were invited

It seemed to be a Niagara Falls of spending. Burly bouncers in black kept the milling crowds at bay - particularly when political stars like B.S. Yeddyurappa of the BJP or Puneeth Rajkumar of the Kannada film world appeared. But VIPs also had to push to get into the actual tent where the wedding was taking place. A line of smartly-dressed young men and women were greeters, smiling and slinging namastes to all who entered. At the stage where the rituals were happening, another set of bouncers tried - not always successfully - to keep at bay those not recognized as VIPs. There was more than one scuffle between the Men in Black and the curious visitors near the stage.

Behind the mantapa, a reproduction of the idol of Lord Balaji of the Tirupati temple. In earlier years, before his arrest for alleged corruption in illegal iron ore mining deals, Reddy had donated a diamond crown worth 45 crores to Tirupati. 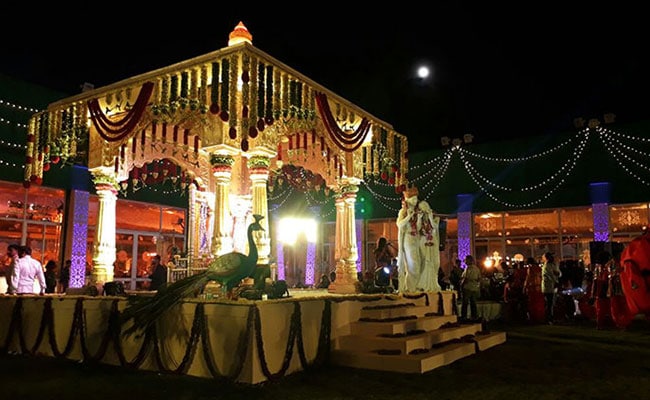 With some help from Bollywood art directors, lavish life-size sets were put up at the venue

If a regular wedding has one or two priests, there were dozens of priests moving around the groom and Mr Reddy's daughter, Brahmani. The flowers decorating the mantapa and hung around the tent itself must have cost more than most weddings.

A peep into the dining hall, which seated hundreds where food was served on banana leaves showed the rush. As people sat and ate, there were others standing right behind their chairs, leaning over them - waiting for them to finish to take their place. The servings included cuisine from all over the country - and Baskin Robbins stalls! 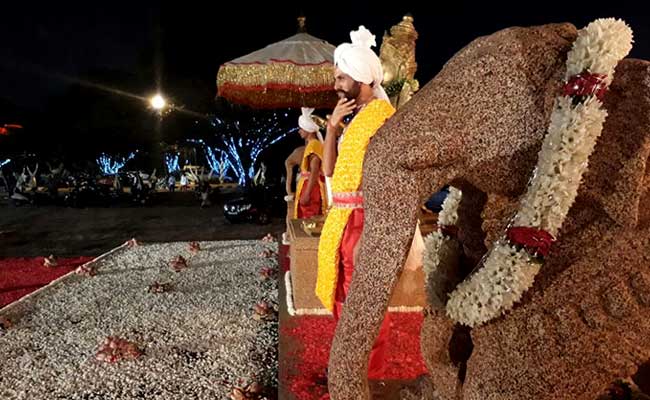 The distance from the tent to the palace gates is a few hundred metres. To exit, it took half an hour to reach the gate in a car, given the number of vehicles.

The elephants swayed on till the end of the jumbo wedding.

Promoted
Listen to the latest songs, only on JioSaavn.com
(Maya Sharma is NDTV's Resident Editor in Bengaluru)