Blog: He Went Missing. What It Took To Identify His Body.

He attended my wedding six months ago. He was my beloved uncle, my almost-father. He died in Lucknow. How? The family is still asking.

My uncle, Girish Chandra Tripathi, mastered the fine art of self-neglect. He appreciated the good things in life but never for himself. He lived alone in a two-storey house. His wife, Alpa, died young in the early 90s. His son studies in Hyderabad and daughter lives abroad. The four of them never really got around to living together as adults for a signifcant stretch.

Last week, he locked his gates and stepped out. He never returned.

His daughter kept dialing him from the US, as she did every evening. She didn't know that her father's body lay in a city hospital's mortuary. His prophecy "Gayab ho jaaunga aur aap logon ko pata nahin chalega (I will just disappear and you won't know)" had come true. No, he was not suicidal. It was how he was with us sometimes. Snippy.

He had collapsed on a road some distance from his home. An auto driver called the cops, and he was rushed to a hospital. He died there, read the police report. He could not be identified as he never owned a wallet and travelled without a cell phone. So, for four days, he was an unclaimed body.

As his daughter - my cousin - grew worried, desperate calls were made. Relatives in Lucknow and Delhi were alerted. By Thursday, she sensed that something was terribly wrong. The police were called in.

Late on Friday night, a message on the family WhatsApp group said my uncle had died.

How did they know? The family was asked to identify him from pictures of many people that died that week in the city. There he was, dressed in a shirt and trousers, his right hand on his chest and mouth slightly open, like he always slept. Except he was dead.

The family rushed to Lucknow only to be told the body had been cremated. After an hour of head-splitting confusion, they were told that the body had somehow not been sent for cremation as is standard for bodies left unclaimed for four days. He was cremated Saturday evening after his son arrived. His daughter was still on a flight. 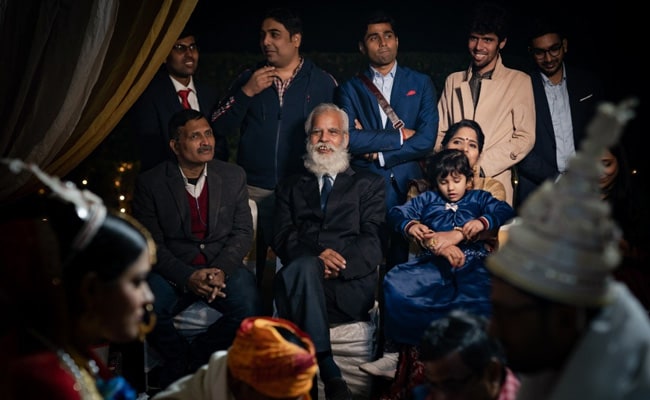 My uncle at my wedding

The man had no digital presence. He feared technology and shunned social media platforms. He only got around to working an iPad for video calls with his daughter. His old-world mobile wouldn't support that.

When we were younger, he would task us with searching for his grey hair. There was a count as each of us handed over our slim pickings. The reward was a scooter ride. His idea of a haircut was going bald - just easier and quicker. 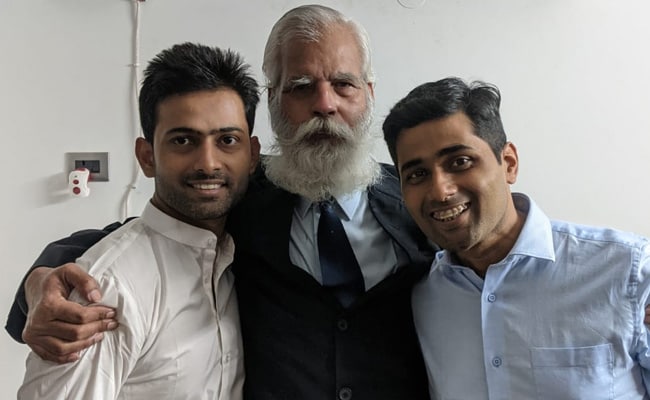 Us - uncle, my brother and me

He took great pride in our achievements. He never differentiated between his children and those of his older brother - us. He treated us alike and with the same firmness or gentleness. He encouraged us to do well, even though he was legendary for turning down promotions that involved changing cities.

He spoiled me. I once had to travel from Delhi to Chennai for an interview at a journalism college. I had been given a sleeper-class train ticket and was told it would toughen me up for life. I refused to go. He stepped in and offered me an AC two-tier Rajdhani Express train ticket to go to Chennai. I failed the interview. He said nothing. Him being a sport.

On one of his Delhi visits, we went to a big South Delhi mall where he tried on an outrageously red and bling jacket. He even obliged us with a photograph. He was devastatingly charming. And very happy too. That's how I will remember him. 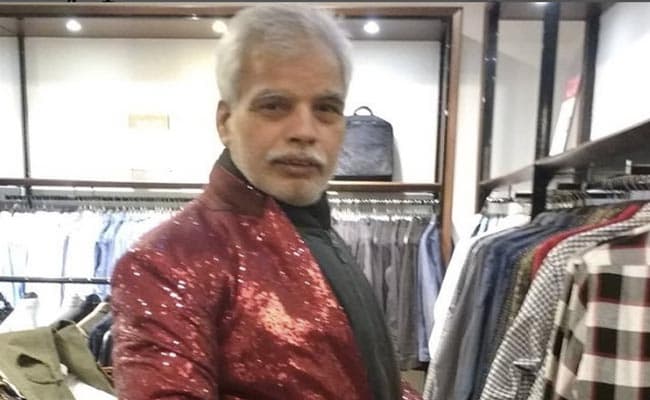 At his flamboyant best, a rare thing.

He once asked me "Toh aap kabhi TV pe nahin aayenge (You won't be seen on TV)?" I edit and write, I explained.

The man without a digital footprint (he had no ATM cards, no Gmail, no social accounts, never booked an online ticket) still wanted me to be on the big TV. This tribute is my way of making sure he lives on in the digital world. I think he would approve.

news of death through whatsappuncle missing for 4 days

Blog: Muslims Must Stop Reacting To Insults To The Prophet