Blog: Kamla Bhasin, Activist, Was A Doting Mother Who Touched Many Lives

Today we lost the woman who wrote these fiery lines, Kamla Bhasin, the women's rights activist whose work and life were  an inspiration to others. Her contribution to India's feminist movement was unmatchable. Bhasin died at the age of 75 after battling cancer.

While many know Bhasin, the activist, for her feisty and spirited speeches against patriarchy, I consider myself fortunate to be among those who got to see the most warm and kind human being that she was.

In 2018, I got the opportunity to meet Bhasin. My friend Preeti Das, who is a founder member of the stand-up comedy group "The Mahila Manch", was collaborating with Bhasin for an event on gender equality awareness. Preeti had come down from Ahmedabad to Delhi and was staying at Bhasin's home for two days. At the event, Preeti introduced me to Bhasin who invited me for dinner. I was hesitant because while I had heard so much about her, I had never met her before. She insisted that I come along and I gave in. She drove us to her home in her red car. The 24-year-old me was left boggled by how she chose to drive at the age of 72. However, she said she liked things that way and enjoyed her independence. 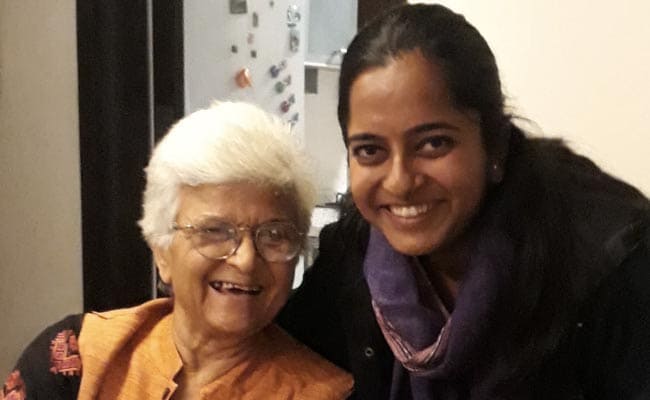 Kamla Bhasin may have bid adieu to this world but her words and her warmth have touched many lives.

Given her wide range of work and how renowned she was, I had, for some reason, expected her to be intimidating. On the contrary, we ended up chatting and laughing at her home for the next several hours over wine, music and parathas; all things that she loved. She shared stories of her childhood, how she used to climb trees and played with boys and never cared about stereotypes. She spoke about how her father was a doctor in Rajasthan and how she grew up travelling around several villages in India. The insight into the lives of rural women later shaped her work with NGOs that worked with underprivileged women from rural areas.

Beyond her work, Kamla Bhasin was also a caring mother who smiled through everything despite the personal adversities she was facing. In the middle of our conversation, every now and then, she would check in on her son, Chotu, who was then in his late 30s. Chotu was a year-old when he developed cerebral palsy due to the after-effects of a vaccine. Since then, he has been confined to his bed and cannot perform even basic functions without help. There was a 24/7 caregiver who had been hired for Chotu, but Bhasin ensured constant supervision. She would come back to the dining table chair and continue with her stories. On the wall behind the table was a framed picture of her late daughter Meeto, who died by suicide in 2006 when she was 27-years-old. Bhasin said that after Meeto's death, it was her work that gave her the strength to keep going; else, she would have fallen apart.

When it was time for Preeti and me to leave, Bhasin shared copies of her English and Hindi nursery rhyme books that she was meant to launch the next day. I knew she wrote long pieces on feminism and poems but nursery rhymes! It is only when I opened the pages that I realised that these were no ordinary nursery rhymes. The title page said "Housework is everyone's work: Rhymes for just and happy families". One of the poems titled "Soap and Bubbles" had an illustration of a father giving a bath to a toddler and the lines went like this: 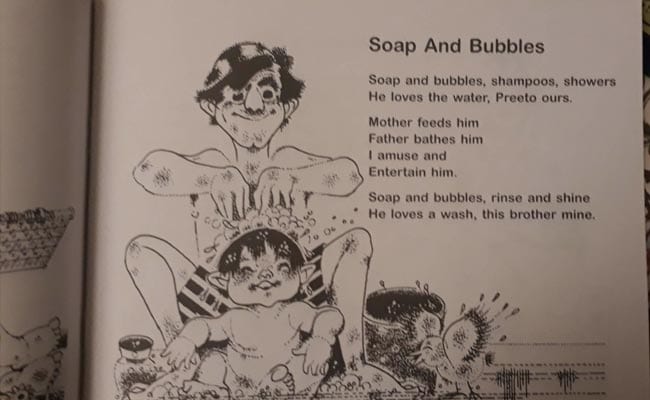 One of her poems has an llustration of a father giving a bath to a toddler. 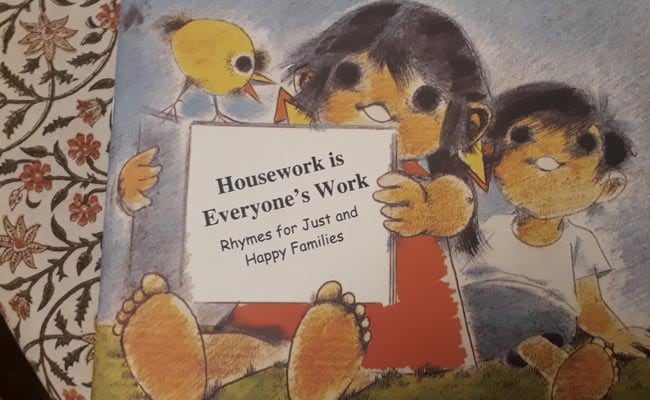 One of Kamla Bhasin's books for children.

A similar poem in the Hindi book was titled "Geela Chotu" (Chotu, a name that her son also shares) and was about a father changing his son's diapers; "Geela hai bhai geela hai. Apna Chotu geela hai. Gande me hai lotam-pot. Baapu bandhein naya langot (Translation- Chotu is wet and rolling around in dirt. His father is now changing his diapers)."

Bhasin said that through her work, she was trying to create awareness among children from a very young age. I requested her to share multiple copies so that I could also share some with my young nephews and nieces, and she happily obliged. 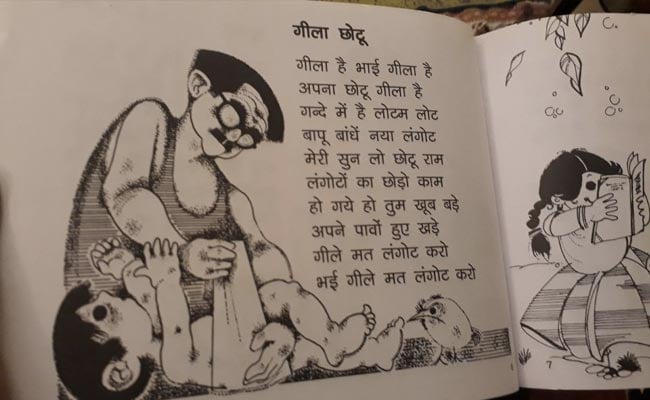 Another poem by Kamla Bhasin shows a father changing his son's diapers.

Bhasin may have bid adieu to this world but her words and her warmth have touched many lives. Those who knew her closely will miss her infectious laughter. Her spirit will continue to live through every child that grows up reading her work and believes in gender equality.

(Sukirti Dwivedi is a senior correspondent with NDTV.)

Blog: PK Was Set To Join The Congress. So Why Didn't It Happen?