In the first phase, the ban has been enforced in Bhubaneswar, Cuttack, Berhampur, Sambalpur and Rourkela and the seaside town of Puri. 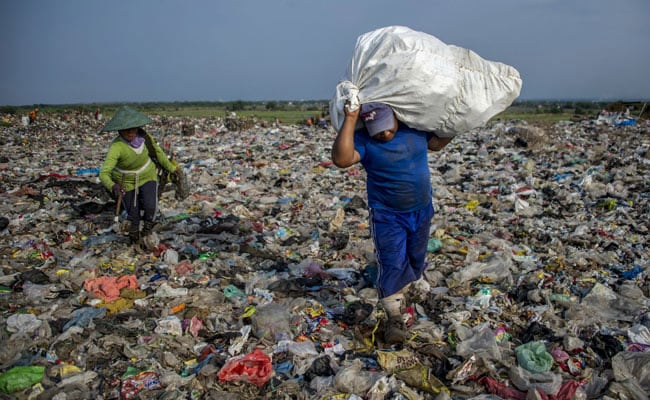 A ban on sale, storage and manufacture of plastic came into force in six cities of Odisha today, on the occasion of Mahatma Gandhi's 149th birth anniversary, a senior official said in Bhubaneswar.

The Odisha government has set a target of making Odisha plastic-free over the next two years, he said.

"In the first phase, the ban has been enforced in Bhubaneswar, Cuttack, Berhampur, Sambalpur and Rourkela and the seaside town of Puri. The administration has been asked to ensure that the order is enforced in the cities in line with Chief Minister Naveen Patnaik's instructions," he stated.

The chief minister had said in July that plastic prohibition would come into effect across Odisha over the next two years.

According to Odisha government's directive, no one will be able to sell, manufacture and import or stock plastic and polythene items once the ban comes into force.

The departments of Housing and Urban Development and Panchayati Raj have been asked to execute the order in urban and rural areas respectively, while the Forest and Environment Department has been tasked with monitoring its implementation.

Those violating the order will undergo a five-year jail term with a fine of up to a maximum of Rs 1 lakh. The state has also decided to introduce a penalty provision of Rs 2000-Rs 3000 for small traders.

"Traders dealing in plastic bags have been given time till November 30 to do away with the remaining products. Appropriate action would be taken if anyone is found selling these items," the senior official explained.

The district administration has been directed to conduct surprise raids to check violation of norms, he said.

"People have been asked not to carry any plastic or polythene bags to any public place. All religious institutions, hotels and restaurants have been told to strictly abide by the order," the official maintained.

The government is also mooting a buy-back policy, under which consumers would be given cash for selling off their plastic bottles.

The official, however, clarified that there would be no ban on blood transfusion bags, plastic used in nurseries, horticulture, healthcare, medicines, polythene more than 50 micron, water bottles of more than 500 ml capacity and thermocol used for transportation of electronic goods.

An office-bearer at Bhubaneswar Municipal Corporation said teams comprising administrators of Labour Department, Odisha State Pollution Control Board and the police have been asked to create awareness among the people about the harmful effects of plastic in the state capital.

In Puri, a team led by District Collector Jyoti Prakash Das raided shops near Jagannath Temple in the morning and warned the traders and shopkeepers against use of polythene bags.

"As of now, our objective is to make people aware of the ill-effects of plastic. The response has been quite encouraging so far as around 80 per cent of people were seen using alternative means," Mr Das added.