The police presence grew over the course of the 'non-protest' but there was absolutely no interference by the men in uniform.

There was a lot of uncertainty over the protest on Friday by students of the Indian Institute of Management in Bengaluru. There has been one on Thursday with students carrying banners which carried their thoughts against the newly-introduced Citizenship Amendment Act.

But on Friday, it was made clear in internal communications that with prohibitory orders in place in the city, the protests should not happen. And students had been 'cautioned' that their presence at such a protest should not affect their placements.

So we reached IIM just before 6 pm, not sure if anything was going to happen or not in terms of a protest. We saw a couple of policemen at the gates and wondered if they were there to stop any protest. 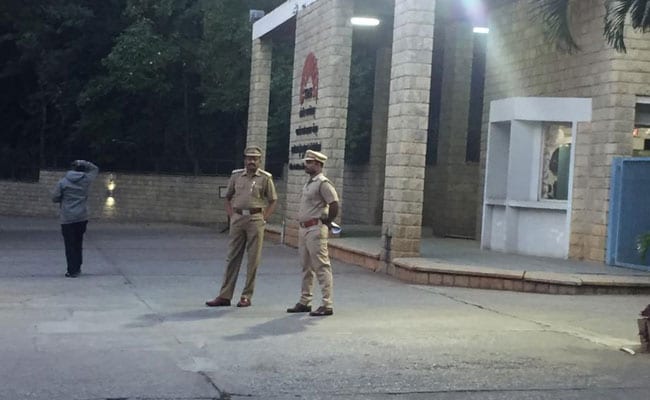 Then we saw a man walk out, a professor, carrying a blank pink poster. He laid it down quietly outside the campus wall, took of his shoes and left them alongside the poster. 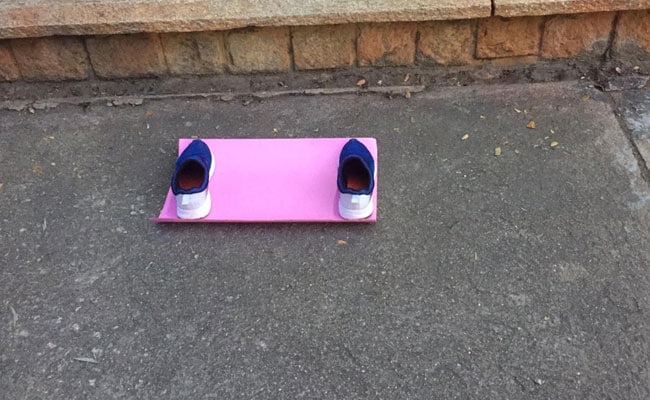 After he went inside, two students appeared - one helping the other, who was in a wheelchair, to remove his shoes and leave them behind - along with a blank poster. 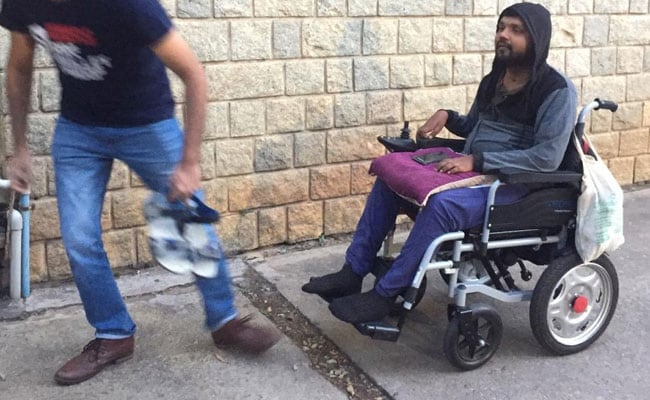 After this, students continued to come out one by one, leaving their shoes and a blank poster. 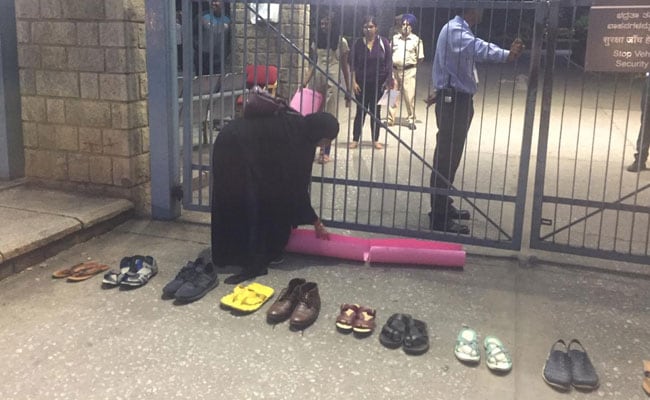 Soon there was a collection of shoes outside the main gate of the campus. 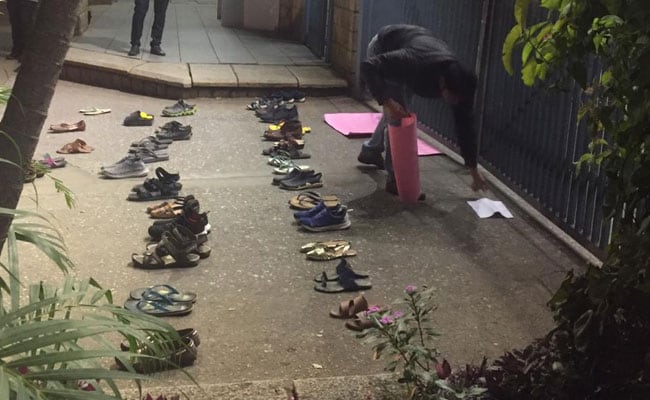 Some of the students brought flowers to leave alongside the shoes or their posters. A young woman student told us it was to represent peace. 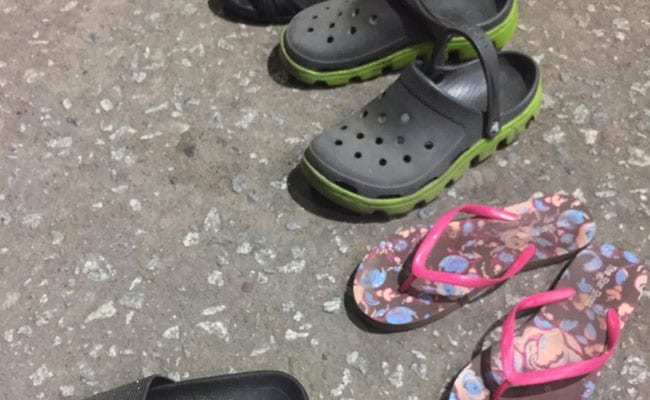 A group of people waited their turn inside the gate to avoid violating prohibitory orders by coming out in numbers that were not permitted under Section 144 that bans gatherings of four or more persons. But not all those who wanted to protest felt they could do so, fearing repercussions when it came to placements. One young woman student came out on behalf of others carrying their shoes. "Of course we are scared. We are only students," she said.

Deepak, a professor at the institute told NDTV, "The Citizens Amendment Act and NRC is changing who we are. I view this as a pedagogical moment. A chance to get my students to speak out about civic issues. Universities should be neutral. We should allow pro-CAA protests if needed. Although this is actually a non-protest!"

The police presence grew over the course of the 'non-protest' but there was absolutely no interference by the men in uniform.

There have been country-wide protests against the Citizenship (Amendment) Act, which for the first time makes religion the test of citizenship in India. The government says it will help minorities from three Muslim-dominated countries to get citizenship if they fled to India because of religious persecution. Critics say it is designed to discriminate against Muslims and violates the secular principals of the constitution.