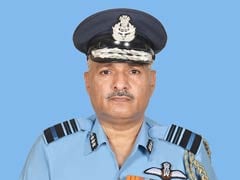 Blog: How I Bombed Tiger Hill From A Mirage 2000

On the 24 of June 1999 the Indian Air Force dropped its first Laser Guided Bomb (LGB) in anger. The release was from a Mirage 2000 and I was privileged to have been the pilot in command. In the days that followed, I was honoured to drop four more LGBs, thus dropping 5 out of the total of 8 LGBs delivered by the Mirage 2000 in the Kargil Conflict. This is my story.