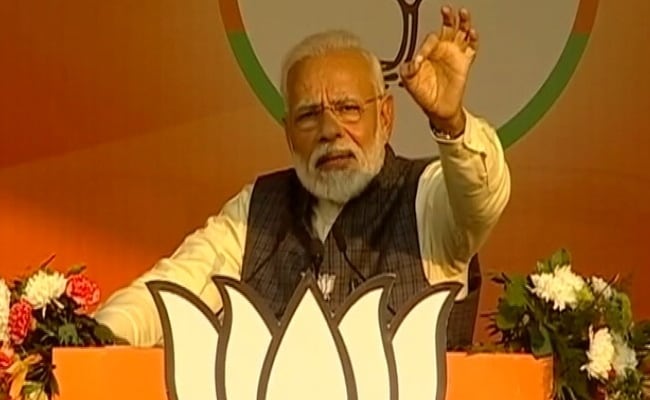 PM Modi addressed an election rally at Karkardooma in Delhi on Monday. (File)

Prime Minister Narendra Modi on Monday said that people of the national capital are still waiting for Lokpal, which was the main plank of Aam Aadmi Party's manifesto in the 2013 assembly elections.

"For the first time, the nation got Lokpal. Although the people of the country got the Lokpal, but the people of Delhi are still waiting. Such a big movement, such tall claims, what happened to them all," Prime Minister Modi asked in an apparent reference to Arvind Kejriwal while addressing an election rally at Karkardooma in Delhi.

Highlighting the efforts taken by Central government, Prime Minister said: "For the first time, 10 crore people got toilets at their homes and 8 crore sisters got the gas stove at their houses."

In 2013, AAP has promised in its manifesto to pass Jan Lokpal Bill after coming into power in Delhi. Last year, Mr Kejriwal accused the Central government of blocking the Lokpal Bill since the last four years.