A video from Srikakulam shows a police official walking into a massive hutment with hundreds of people gathered under it. 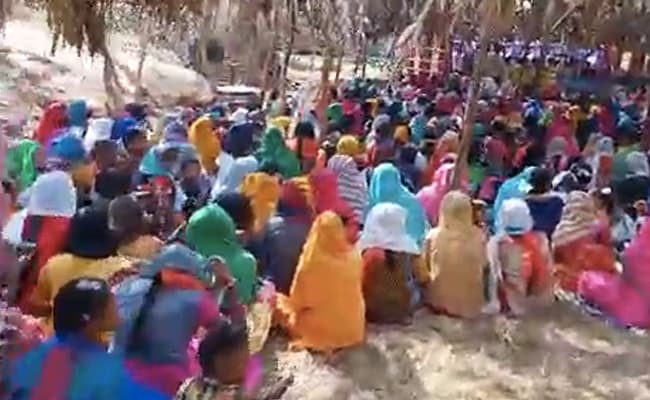 The gathering was held in Andhra Pradesh's Srikakulam on Sunday.

A video shows a woman police official, Hymavati, walking into a massive temporary hutment with hundreds gathered under it. People can be seen sitting on the ground religious leaders address them.

The sub-inspector is seen walking in, going all the way up to the speakers' area and asking for the organisers of the meet. Speaking in Telugu, she says cases would be registered for holding the meeting without any permission.

The video is now being widely shared on social media.
The cop asks the organisers to make an announcement asking people to leave. When they fail to do that, she is seen asking for the mic to tell people that they must move away or be ready to have cases filed against them too.

Andhra Pradesh, which logged 12,994 Covid cases and 96 deaths in the last 24 hours, is the sixth on the list of states with the highest number of infections. It is among the eight states that account for 71.62 per cent of India's total active infections, the Union Health Ministry said on Monday. Andhra Pradesh has reported 248 cases of Black Fungus, a potentially fatal infection in people who have recovered from COVID-19.