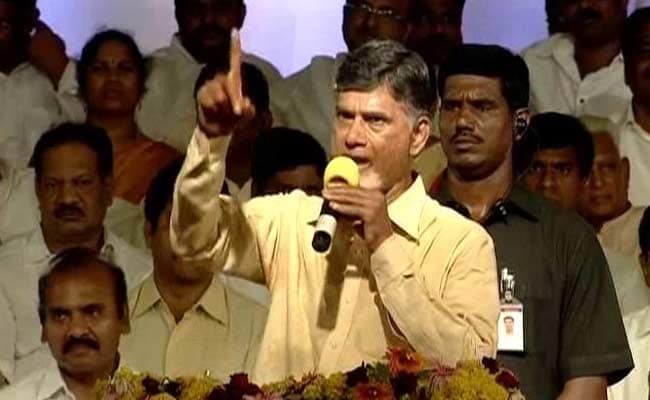 "All the world countries are looking towards Andhra Pradesh to be partners in the development of capital," he said at a meeting with the Capital Advisory Group (CAG) at his residence.

After Japan evinced interest in being partners in building the capital, various companies from China and Malaysia have also come forward in this regard, he said.

To develop it as the people's capital, Amaravati must be created as a vibrant, diverse, inclusive and modern city which will be a symbol of pride for the people of Andhra Pradesh and India, Mr Naidu was quoted as saying in an official release.

Emphasising on making the building of the capital a model of participation, the Chief Minister said industrialists from the state too should be partners in this historical endeavour.

With a slew of investments coming in for the capital region, Naidu stressed on making the processes hassle-free for companies for setting up of their industries.

He suggested that members of CAG thoroughly analyse the master plans of the seed capital, capital city and capital region areas.

"Andhra Pradesh's capital must set a benchmark for other countries," he said.

He also asked them to work on an action plan that will effectively use local resources to enrich the green cover in the city and maintain cleanliness.

Istanbul, with a population of 2 crore, is emerging as the fastest growing city in the world, he said.

Mr Naidu further said that Prime Minister Narendra Modi had briefed him about the infrastructural marvels of Astana and Asghabat, capital cities of Kazakhstan and Turkmenistan, respectively, and suggested to him to send a delegation to these cities to study and incorporate best practices there.

He also suggested to the committee to take note of best practices of Gandhinagar, Chandigarh, Naya Raipur and Navi Mumbai to offer quality living in Amaravati, the release said.

The Chief Minister said that the building of the capital city will pick up pace after laying of the foundation stone on October 22 this year.

"Amaravati will be developed as a port-based capital between two industrial townships, home to economic activity," he said.