The blueprints show a city grander than Mahishmati -- the kingdom over which the protagonists of Bahubali plotted, murdered and battled 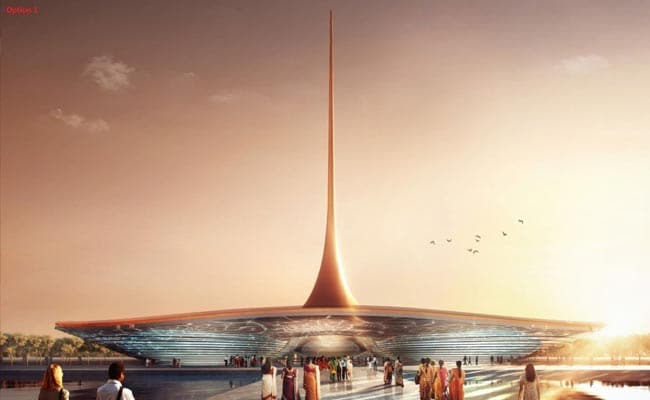 Amaravati will be the capital of Andhra Pradesh in 7 years, when Hyderabad goes to Telangana.

Hyderabad: Andhra Pradesh Chief Minister Chandrababu Naidu has become the ultimate dream merchant, roping in SS Rajamouli, the creator of the runaway hit "Baahubali" to create Amaravati, the city that is expected to become a reality in another seven years, when Hyderabad goes to Telangana.

On Wednesday, Mr Naidu held meetings at his office in a temporary secretariat with all those involved in envisioning, designing and executing the building of the new capital city that is expected to cost Rs 58000 crore. Among those who attended was Mr Rajamouli, who was to provide cultural context to the buildings being planned.

In mythology, Amaravati was the fabled capital of Indra, the king of gods. Mr Naidu's dream -- going by a bunch of blueprints he finalised after meetings today -- is equally ambitious. The blueprints show a city grander than Mahishmati -- the kingdom over which the protagonists of Bahubali plotted, murdered and battled: A glass and concrete extravaganza with soaring towers, huge lakes, squeaky clean pavements and trees that look like distant cousins of the red-leafed maple. "I was asked to give some design elements, cultural context,'' Mr Rajamouli said. "When someone sees the building structure, they must be reminded of the greatness of Andhra Pradesh history and achievements,'' he explained.

Planned over 54000 acres, Amaravati will be a "green and blue" city with lung spaces and water, unlike the brown cities across the country, boasted C Sridhar, who heads the Capital Region Development Authority as its chairperson.

The city is being modelled on Singapore -- with two Singapore's government-appointed consultants preparing the master plan. International consultants and architects will provide the world-class touch. World famous names like Norman Foster and Hafeez Contractor will design the iconic buildings. 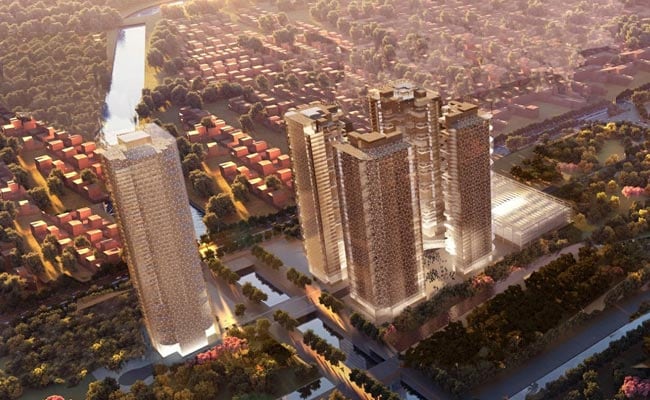 Amaravati, the new capital of Andhra Pradesh, is expected to cost Rs. 58,000 crore.

The Chief Minister also used the day to keep up a running commentary on development in the state. After the Prime Minister's sea plane ride on Sabarmati yesterday, Mr Naidu was seen doing a test run of a sea plane on river Krishna at Punnami Ghat, striking almost the same pose -- one leg at the aircraft's door. He then left for Delhi, to make a presentation to the Union water resources minister.

For Andhra Pradesh, the clock is ticking. When Telangana was carved out of it in June 2014, Hyderabad was made the joint capital of the two states. But at the end of a decade, it will function only as the capital of Telangana. By that time, the new capital of Andhra Pradesh needs to be up and running to make the transition seamless.

But lately, the state officials and even the Chief Minister has been heard saying that they were "in no hurry" since they were going to build "one of the top five cities in the world". Chandrababu Naidu had promised to complete Amaravati by 2019, but the project is yet to leave the drawing board.

On the ground, little has been done in the two years since PM Modi laid the foundation of Amaravati. Mr Naidu had promised to complete the city by 2019, but the project is yet to leave the drawing board.

Of the huge expanse of land, 33000 acres have been acquired from farmers in the largest such exercise completed in the shortest possible time. The temporary secretariat and assembly, as of now, stands on 49 acres.

Promoted
Listen to the latest songs, only on JioSaavn.com
To fund the Rs 58000 crore project, Rs 14,200 crore has been tied up mainly from state-owned Hudco and the World Bank. Another Rs 14,250 crore is expected from public-private partnership, bonds, a collective investment fund and lease rental discounting, among other avenues. For the project to be viable, monetising about 4,000 acres of land in the heart of the city is crucial.

The residents of the state have contributed more than Rs 56 lakh so far, heeding the call of the Chief Minister to contribute at least Rs 10 -- the price of a single brick -- and become stakeholders in the new city.
Comments
HyderabadAmaravatiAmaravati Baahubali