Andhra Pradesh is among four states that will hold assembly elections along with Lok Sabha polls starting April 11. 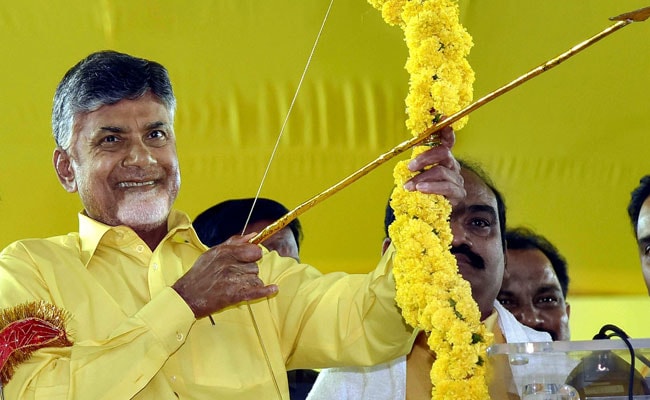 On the day after the festival of Holi, considered auspicious according to Hindu customs, a number of politicians in Andhra Pradesh made a beeline to file their nomination papers for the upcoming state elections.

Chief Minister N Chandrababu Naidu was campaigning in Visakhapatnam but party leaders filed the nomination papers with the returning officer on his behalf for the Kuppam assembly seat. This is the seventh consecutive time that Mr Naidu is seeking re-election from Kuppam, a constituency that borders Tamil Nadu and Karnataka in Chittoor district.

Mr Naidu's son Nara Lokesh sought his parents blessings and went to file his papers at Mangalgiri for his first election. 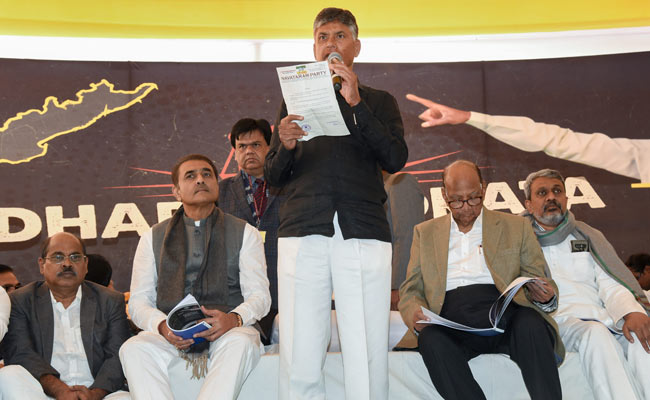 Nara Lokesh was accompanied by his mother, wife and son Devansh who celebrated his fourth birthday yesterday.

His uncle-turned-father-in-law actor Balakrishna filed his papers from Hindupur that has been a bastion of the Telugu Desam Party. It is also the seat where his father NTR and brother Harikrishna have both contested and won in the past.

Accompanied by a large crowd of supporters, leader of the opposition and YSR Congress president Y S Jaganmohan Reddy filed his papers for the Pulivendula, his pocket borough in Kadapa district.

Jana Sena chief Pawan Kalyan filed his nomination papers for his second seat Bheemavaram. The actor-politician had filed papers from Gajuwaka in Visakhapatnam district on Thursday.

State BJP president Kanna Lakshminarayana, who is contesting the Lok Sabha election for the first time, filed his nomination from Narsaraopet constituency in Guntur district.

Andhra Pradesh is among four states that will hold assembly elections along with Lok Sabha polls starting April 11.

Chief Minister Chandrababu Naidu - a key interlocutor of the opposition who has been trying to forge a united front against the BJP for months - is making a bid for a second term in power. But at the state-level, he has ruled out an alliance with the Congress, which is held responsible by the state's people for the bifurcation of Telangana.

If successful, Mr Naidu, who also served as the Chief Minister of the undivided state between 1994 and 2004, will become the state's longest-serving Chief Minister.

For the opposition YSR Congress (YSRC), the elections have been described as a do-or-die contest by political observers. 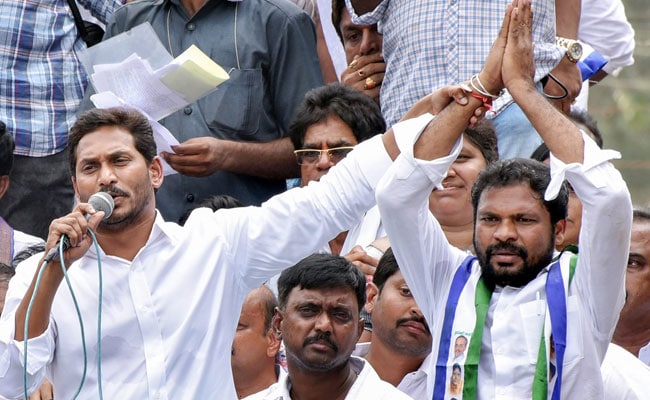 Floated in 2011 after party chief YS Jaganmohan Reddy quit the Congress after being denied the chief minister's seat, the YSRC lost the race in the 2014. But it got just 0.3 per cent fewer votes than the Telugu Desam Party won 106 seats in alliance with the BJP then.