The petitioners sought direction to stop the release of the movie till the Assembly and Lok Sabha elections on April 11. 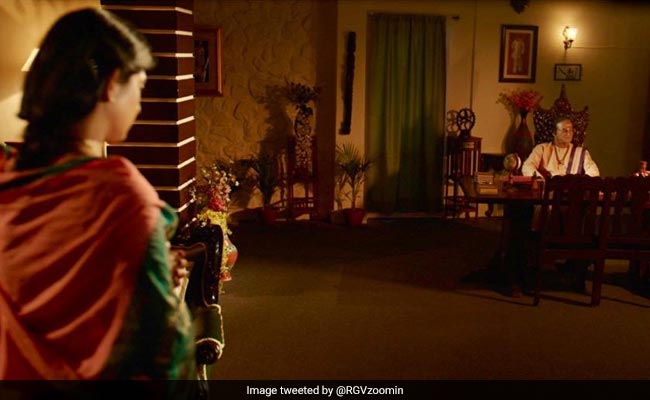 The order came a day before Lakshmi's NTR release.

The order came a day before the film by the leading filmmaker Ram Gopal Varma was to hit the screens.

The court adjourned further hearing on petitions filed by two individuals till April 3. The producer was directed to arrange special screening of the movie in the judge's chamber to enable him to take a final view in the presence of lawyers from both sides.

The petitioners sought direction to stop the release of the movie till the Assembly and Lok Sabha elections on April 11.

P Sudhakar Reddy, the counsel for the producer, argued that the Central Board of Film Certification (CBFC) had already issued the censor certificate to the movie. He also brought to the notice of the judge that the Telangana High Court last week refused to stay the movie.

It was originally scheduled to release on March 22 but the CBFC refused to process it, citing the model code of conduct for elections.

Ram Gopal Varma later announced that the film will be released on March 29 as the misunderstanding with the CBFC was cleared.

Earlier, a TDP worker had petitioned the Election Commission urging it to stop the release of "Lakshmi's NTR" on the ground that this could impact the coming Lok Sabha and Assembly elections in Andhra Pradesh.

The petitioner complained that the film has portrayed TDP President and Andhra Pradesh Chief Minister N Chandrababu Naidu in a negative light, which could influence voters.