Read inOther Languages
This Article is From Sep 08, 2018

Seven co-conspirators and five call-centres based in Ahmedabad have also been charged for their alleged involvement. 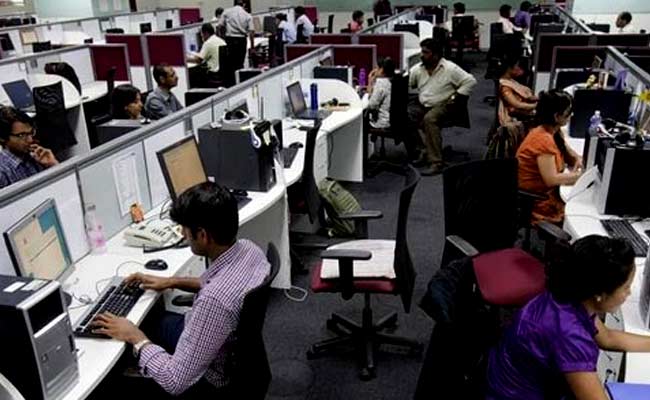 In connection with the scam, seven people were arrested on Thursday in United States. (Representational)

As many as 15 people, including seven Indians, and five Indian call centres have been indicted in a multimillion-dollar scam which defrauded over 2,000 US citizens, resulting in over $5.5 million in losses, the department of justice said on Friday.

Later, they threatened victims with arrest, imprisonment, or fines for failing to pay taxes or penalties to the government, the justice department said in a statement.

In connection with the scam, seven individuals were arrested on Thursday in the United States.

Seven co-conspirators and five call-centres based in Ahmedabad were also charged for their alleged involvement.

The indictment alleges that the defendents were involved in a sophisticated scheme organised by co-conspirators in India, including a network of call centres in Ahmedabad.

"IRS and payday loan phone schemes seek to profit by exploiting United States citizens, including the most vulnerable members of our community," said the US Attorney.

"This indictment and yesterday's arrests demonstrate our commitment to identifying and prosecuting those who hide behind these types of phone scams," Mr Pak said.

"This indictment makes clear that the IRS impersonation scam has risen to a new level, with indictments against five call centres and seven co-conspirators in India who allegedly directed their employees to participate in the scam," said J Russell George, treasury inspector general for tax administration.

"I wish to congratulate my investigative team, who labored many long hours to untangle the intricate web of financial transactions that the defendants allegedly completed as part of a transnational conspiracy to extort money from taxpayers and conceal and disguise the proceeds of their unlawful activities."

Between 2012 and 2016, the defendants perpetrated a complex fraud and money laundering scheme in which individuals from call centres located in Ahmedabad frequently impersonated officials from the IRS or US Citizenship and Immigration Services (USCIS) in a ruse designed to defraud victims located throughout America.

The call centre operators would then threaten potential victims with arrest, imprisonment, or fines if they did not pay taxes or penalties to the government, the indictment alleges.

If the victims agreed to pay, the call centres allegedly would immediately turn to a network of US-based co-conspirators to liquidate and launder the extorted funds by purchasing prepaid debit cards or through wire transfers, including through MoneyGram and Western Union, to the attention of fictitious names and US-based defendants and their co-conspirators, it said.