Gujarat Allowed To Use 'Dead Water' Of Sardar Sarovar Dam, Amid Water Crisis

'Dead water' storage refers to the water in a reservoir that can not be drained using the dam's outlets and can only be pumped out. 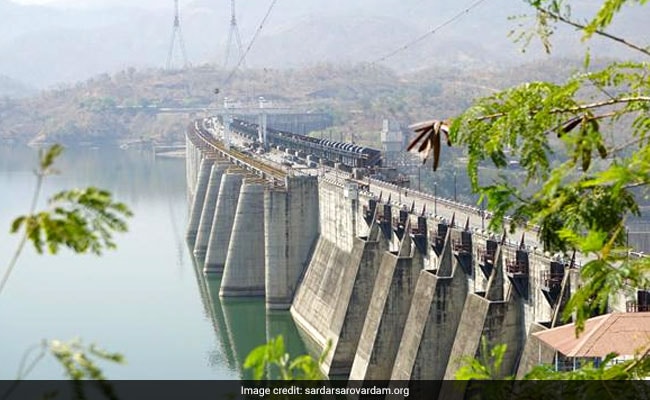 Gujarat could face a severe crisis due to the plummeting water level in the Sardar Sarovar reservoir.

Ahmedabad: As Gujarat is staring at a water crisis this summer, the Narmada Control Authority has allowed the state to use 'seepage and dead water' of the Sardar Sarovar Dam over Narmada to provide drinking water.

Chief Minister Vijay Rupani made the announcement in Gandhinagar.

The state could face a severe crisis due to the plummeting water level in the Sardar Sarovar reservoir following an unprecedented reduction in water inflow. "The Narmada Control Authority today gave us in a meeting in Delhi the permission to lift seepage as well as 'dead water' from the Sardar Sarovar Dam to provide drinking water to people living in over 10,000 villages and 167 towns. I want to assure people that they will get drinking water from the dam till July 31," Mr Rupani said.
'Dead water' storage refers to the water in a reservoir that can not be drained using the dam's outlets and can only be pumped out.

Last month, the Gujarat government had urged farmers not to sow summer crops in view of the looming water shortage.

According to the state government, the Sardar Sarovar Dam and upstream dams in neighbouring Madhya Pradesh received less water in 2017 due to scanty rainfall in the catchment area, which falls mostly in Madhya Pradesh.

Gujarat would get only 4.71 million acre feet (MAF) water from the dams on the Narmada this year, 45 per cent of the sanctioned share of 9 MAF.

Promoted
Listen to the latest songs, only on JioSaavn.com
To save water for drinking purpose, the government also asked farmers not to lift water illegally from Narmada canals. Several illegal connections were removed in the last two weeks.