5 Burnt To Death As Car Catches Fire After Collision With Truck: Police

People in the car got trapped inside after the crash because of its central lock system, police said. 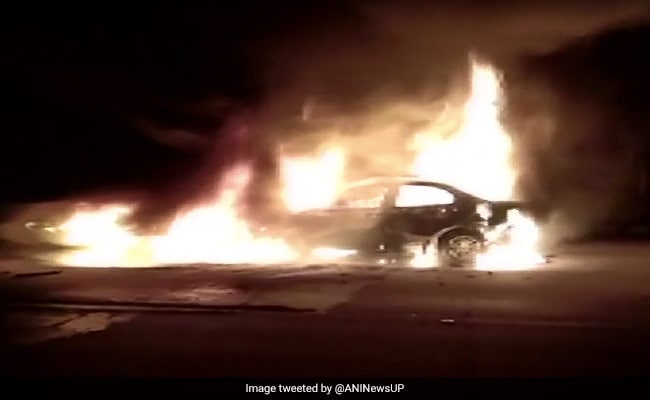 Five people were burned to death on Tuesday after their car caught fire after colliding with a tanker truck carrying diesel on the Yamuna Expressway near Uttar Pradesh's Agra, police said.

The truck took a wrong turn while moving at a high speed, following which the car heading to Lucknow from Agra collided with it, Etmadpur Deputy Superintendent of Police Archana Singh said,

People in the car got trapped inside after the crash because of its central lock system, she said.

Agra: Five people travelling in a car were burnt alive when the vehicle caught fire after hitting a truck on Agra-Lucknow expressway in Khandauli early morning today. "We are trying to reach out to next of the kin of the victims. Truck driver is missing," says DM Prabhu N Singh. pic.twitter.com/0RMOVj6NaG

Archana Singh said a worker of a booth on the Yamuna Expressway reported the accident to the police, and the fire brigade was called in, but by the time the fire was controlled, all five occupants of the car were badly burnt.

The officer said the truck driver fled the scene after the crash, and a search was on to arrest him.