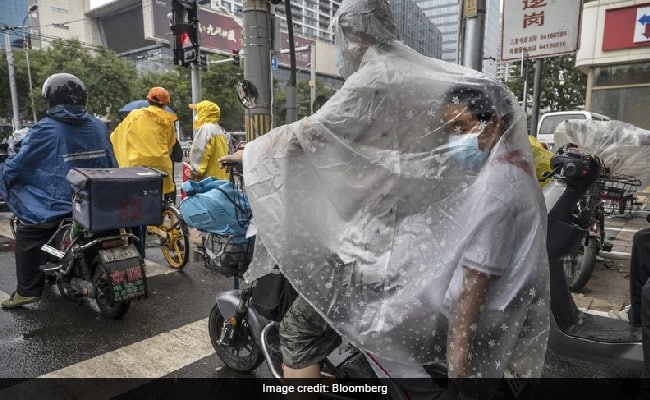 China's two largest cities have contained COVID-19 following a bruising four-month fight that saw millions of residents locked in their homes, exhaustive testing and restrictions on daily life that impacted every facet of society and the economy.

The capital and financial hub both recorded zero new locally-transmitted Covid infections for Monday, the first time the two cities had no virus freely circulating since Feb. 19. Nationwide, China reported just 22 cases, according to the National Health Commission.

Reaching the milestone in China's two most important cities shows it is possible to eliminate the virus despite the arrival of the highly-contagious omicron variants that are able to evade immunity gained from vaccination.

The victory has come at a significant cost, however, and doesn't mean the fight is over. New infections could emerge at any time, triggering a renewed cycle of containment in either city. China itself hasn't been virus-free since October, but is still pursuing its intensive Covid Zero strategy.

Halting local circulation of the virus required harsh measures to root out infections and halt chains of transmission. In Shanghai, which last reported no new community cases on Feb. 23, more than 25 million residents endured a two-month lockdown. Targeted restrictions, extensive contact tracing and regular testing are now widespread in both cities.

The demands of the Covid Zero approach show how difficult it is for Chinese officials to stamp out the infectious pathogen for long, and underscore the risk facing the world's second largest economy.

Zero tolerance is isolating China from the rest of the world, which is awash in the virus after shifting to living with it. Still, Chinese authorities are under massive pressure to insulate the economy from Covid Zero, especially ahead of the Communist Party congress later this year when President Xi Jinping is expected to secure an unprecedented third term.

Most pandemic restrictions in Beijing, which last reported zero cases on April 16, are on track to be eased and students will be allowed to return to in-person school on Monday. But there is a new normal.

Residents are required to show a green code on a mobile app that tracks their health status, and take a Covid test every three days to enter any public venue, including restaurants, shops, and mass transportation. Even kids aged over three must be tested to play in the park.

The virus is still circulating elsewhere in the country, as well. The technology hub Shenzhen reported five local cases for Monday, after the Futian district that borders Hong Kong was locked down for three days. All non-essential businesses were shut and residents have been banned from leaving their compounds.