Vadym Voroshylov was awarded the title of Hero of Ukraine with the Order of the Golden Star by President Volodymyr Zelensky for his exploits. 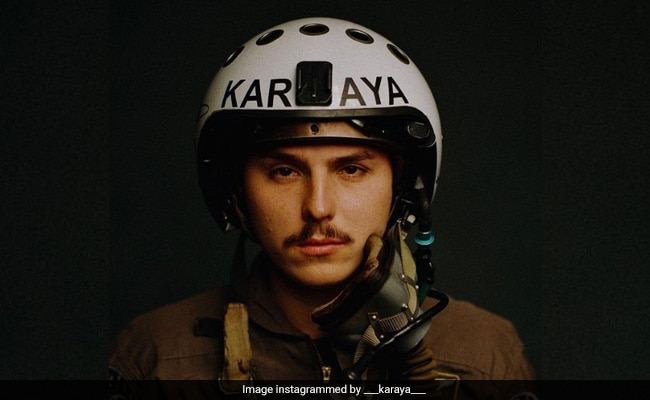 Vadym Voroshylov is a major of the Armed Forces of Ukraine.

Vadym Voroshylov, a Ukrainian fighter pilot who posted a selfie with a bloodied face after a nighttime battle with Iranian-made suicide drones, was titled "Hero of Ukraine with the Order of the Golden Star" by President Volodymyr Zelensky, according to The Newsweek.

According to the report, fighter pilot Vadym Voroshylov, a major in the Ukrainian Armed Forces, shot down Iranian-made Shahed-136 drones over the Ukrainian city of Vinnytsia and ejected from his damaged jet before it crashed.

"Major Vadym Oleksandrovych Voroshylov shall be awarded the title of Hero of Ukraine and be presented with the Order of the Gold Star," Zelensky said in a decree.

"This title is awarded for personal courage and heroism displayed in the protection of the state sovereignty and territorial integrity of Ukraine, and for selfless service to the Ukrainian people," the president said.

After the air battle, he posted an Instagram selfie of his bloodied face that instantly went viral on social media platforms.

Major Vadym Voroshylov, also known as Karaya, regularly posts photographs and footage shot with GoPro cameras on his Instagram account, which has 130K followers, that provide a pretty unique view of the air war fought by Ukrainian fighter pilots against Russian Aerospace Forces assets over Ukraine, The Aviationist reported.

"Let me put it bluntly: No one and nothing can break us! The Defense Forces of Ukraine stand to protect not only our state, they stand to protect the whole civilised world; it is a shield that protects the Western world from the horde that leaves only chaos and destruction behind! But this protection is very expensive for the sons of Ukraine, so it needs to be understood and remembered! Glory to Ukraine! Glory to the Armed Forces of Ukraine! Victory is ours!" he wrote in a caption.

Meanwhile, the United States on Friday expressed alarm over a "full-scale defence partnership" between Russia and Iran, describing it as "harmful" to Ukraine, Iran's neighbors, and the world.

Iran stands accused by Western powers of supplying drones to Russia for its war against Ukraine, as Moscow batters the country's energy infrastructure in search of an advantage in the bloody conflict.

Washington has previously condemned Iran-Russia security cooperation, but on Friday it described an extensive relationship involving equipment such as drones, helicopters, and fighter jets.

Moscow "is offering Iran an unprecedented level of military and technical support that is transforming their relationship into a fully fledged defence partnership," he said.