YouTuber Forced Her Adopted Kids To Perform, Kept Them Locked For Days

Arrested last week, Machelle Hackney sprayed her kids with pepper spray and didn'y give them food or water for days. 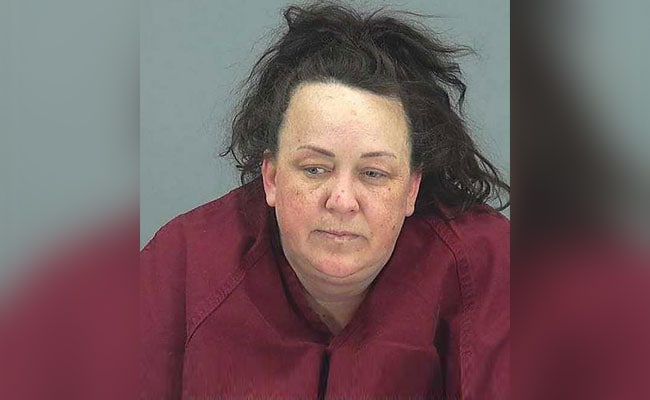 YouTube has removed a channel that featured children playing with toy guns and whistling after police arrested their adoptive mother for allegedly starving them, locking them in closets and pepper-spraying them.

The "Fantastic Adventures" channel had more than 700,000 followers and 240 million views.

The seven adopted children told investigators of "having to participate" in the YouTube shows, a court document says.

"They stated they are disciplined in the manners above if they do not recall their lines or do not participate as they are directed to," says the document filed in Pinal County, Arizona.

"They further stated this is one of the reasons their mom took them out of school so they can keep filming their series and they mentioned they have not been in school for years."

The youngsters were aged between six and 15.

One alleged that "her mother would spray her and her siblings with pepper spray all over their face and body," while another "stated they would go days without food, water," the document said.

They were also "locked in the closet for days at a time" and two said they were sprayed or pinched in the genitals, it added.

Officers from Maricopa, outside Phoenix, said the children "appeared to be malnourished."

Police told AFP on Thursday that she remains in custody after a Tuesday hearing, but her two biological sons, also arrested, were released. Ryan Hackney and Logan Hackney, both 27, are charged with seven counts of failing to report abuse.

The adopted children also appeared in superhero costumes on the channel, which YouTube took down on Wednesday.

The 10 Republicans Who Joined Democrats To Impeach Donald Trump