YouTube blocked in Pakistan for not removing anti-Islam film 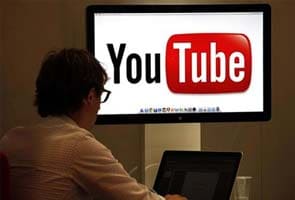 New Delhi: The Pakistan government has blocked popular video-sharing website YouTube for not removing a film made in the United States which mocks the Prophet Mohammad and has enraged the Islamic world. The website will remain suspended till the anti-Islam film, Innocence of Muslims, is removed.

"Blasphemous content will not be accepted at any cost," Prime Minister Raza Parvez Ashraf's office said in a statement.

Attempts to access YouTube met with a message saying the website had been classed as containing "indecent material" and was blocked on the orders of the Pakistan Telecommunications Authority (PTA).

According to a statement issued by the PTA, around 700 links of the anti-Islam film had already been blocked after several complaints were received. "Pakistan Telecommunication Authority has proactively blocked and vigorously preventing all access to anti-Islamic video placed on worldwide web via YouTube with the name of Innocence of Muslims," the statement said.

Rallies across Pakistan over the film intensified today, with thousands taking to the streets, burning US flags and an effigy of President Barack Obama. (Read more)

About 800 people demonstrated in the north-western town of Warai, in Upper Dir district, setting fire to a magistrate's house and the local press club before a protester was killed in an exchange of gunfire with police.

Another demonstrator died after being shot in the head during clashes with police near the US consulate in Karachi on Sunday.

Up to 3,000 university students, teachers and employees marched in Peshawar, the main city of the militant-plagued northwest, chanting anti-US slogans and demanding a ban on the "Innocence of Muslims" movie.

The low-budget film, thought to have been produced by a small group of Christian extremists in the United States, has sparked violent anti-American protests across the Islamic world.

Promoted
Listen to the latest songs, only on JioSaavn.com
Last week, riots erupted over the film in Libya, where a mob stormed the US consulate in the eastern city of Benghazi on Tuesday, killing US ambassador Christopher Stevens and several other staff members.

A total of 19 people have now died in violence linked to the film.