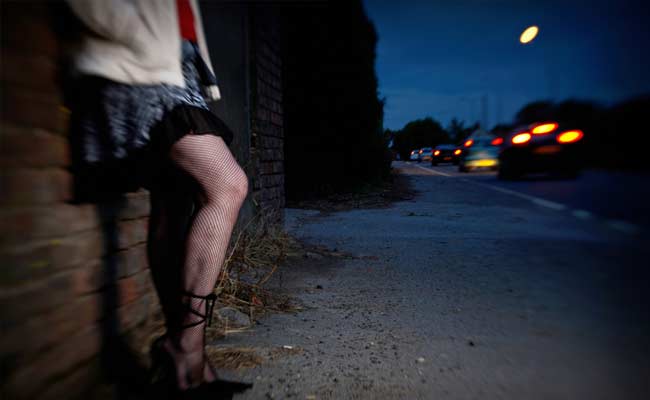 The study, which compiled data on more than 17,000 sex workers operating in Greece, found that the sex on sale in Greece is some of the cheapest on offer in Europe.

Young Greek women are selling sex for the price of a sandwich as six years of painful austerity has pushed the European country to the financial brink, a new study showed Friday.

The study, which compiled data on more than 17,000 sex workers operating in Greece, found that Greek women now dominate the country's prostitution industry, replacing Eastern European women, and that the sex on sale in Greece is some of the cheapest on offer in Europe.

"Some women just do it for a cheese pie, or a sandwich they need to eat because they are hungry," Gregory Laxos, a sociology professor at the Panteion University in Athens, told the London Times newspaper. "Others (do it) to pay taxes, bills, for urgent expenses or a quick (drug) fix," said Laxos, who conducted the three-year study.

When the economic crisis began in Greece, the going rate for sex with a prostitute was 50 Euros ($53), the London newspaper quoted Laxos as saying. Now, it's fallen to as low as two Euros ($2.12) for a 30-minute session.

Laxos said the some 400 such desperate cases he found may be "nominal compared with the thousands of other sex workers operating nationwide, but they never existed as a trend until the financial crisis," he was quoted as saying. He said Greek women now dominate 80 percent of the prostitution trade in Greece.

He said his wide-ranging study showed that the number of desperate young women - the ones offering the cheapest sex - appeared to be on the rise. "It doesn't look like these numbers will fade," he told the Times newspaper. "Rather thay are growing at a steady and consistent pace."

The price of sex is falling globally, as the Internet provides more and more sexual content online. The 180-Euro ($191) average price of a one-hour encounter in Europe has dropped dramatically, the paper reported.

Prostitution is legal in Greece, but very few of the country's brothels are licensed, the paper reported, pushing many of the estimated 18,500 prostitutes operating in Greece onto the streets.

"Factor in the growing number of girls who drift in and out of the trade, depending on their needs, and the total number of female prostitutes is startling," Laxos was quoted as saying.

The study showed that most of the Greek women just coming into prostitution are between the ages of 17 and 20.

The study comes after a shocking report last month of an unemployed Greek mother pimping her 12-year-old daughter to a priest and a retired man for money. The mother, 44, was sentenced to 33 years in prison and fined 100,000 Euros ($106,153), the paper said. The Greek media dubbed the woman "monster mom" and the country was outraged by the case.

Laxos said last month's widely-publicized incident - and his study - "reflects a society in denial about the changes taking place" in Greece.

"State authorities must finally act rather than continuing to remain indifferent," he warned.