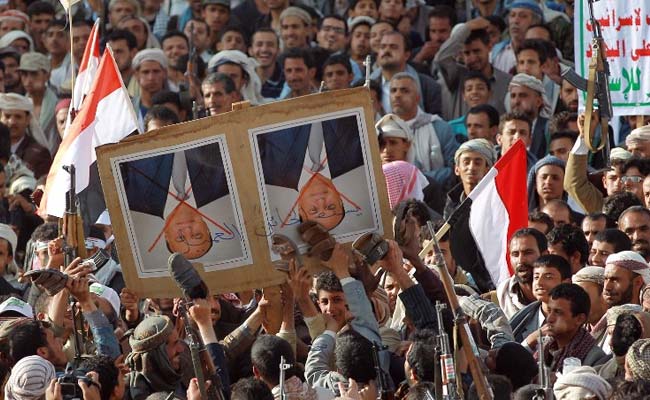 Yemeni rebels fired mortar rounds Sunday at a television station loyal to President Abedrabbo Mansour Hadi in the southern city of Aden, forcing it off the air, an official said.

The Aden TV building was "damaged but there were no casualties", the official at the government-run channel told AFP.

The attack came as battles raged between rebel forces and pro-Hadi militia in the Aden districts of Mualla and Qalwa'a, leaving at least five civilians dead and 14 wounded, according to the city's health department director Al-Kheder Lassouar.

"There are children among the wounded," he said.

The Iran-backed rebels gained ground Sunday in Aden, which is among the last remaining footholds of Hadi supporters, even as a Riyadh-led coalition pounded their positions across Yemen.

Promoted
Listen to the latest songs, only on JioSaavn.com
Hadi took refuge in Aden after the Shiite Huthi rebels seized power in the capital Sanaa in February, but he fled to Saudi Arabia last month as the rebels approached the port city.