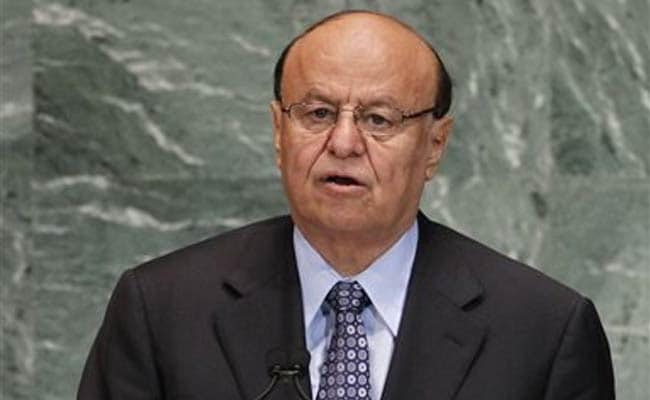 Yemen's Shiite militia sent reinforcements south and clashed with local fighters today after the United Nations warned the country is on the brink of a protracted civil war.

On Sunday the militia seized the airport and a nearby military base in Taez, Yemen's third-largest city which is just 180 kilometres (110 miles) north of Aden and seen as a strategic entry point to Hadi's southern refuge.

Yemen, a long-time US ally which borders Saudi Arabia, is increasingly divided between a north controlled by the Huthis, who are allegedly backed by Iran, and a south dominated by Hadi supporters.

Mounting unrest in the country, including suicide bombings claimed by the Islamic State group that killed 142 people in the Huthi-controlled capital Sanaa on Friday, have raised international concerns and prompted an emergency session of the UN Security Council on Sunday.

Its 15 members voiced their unanimous support for Hadi, with UN envoy Jamal Benomar warning that without immediate action the country will slide into "further violence and dislocation".

"(Recent events) seem to be leading Yemen to the edge of a civil war," Benomar told the meeting by video link from Qatar, warning of a protracted crisis like "a Libya-Syria combined scenario."

The Huthis seized Sanaa in September and have been expanding their territory, clashing with Hadi loyalists, local tribes and Sunni Islamist groups including Al Qaeda.

The Huthis moved to expand their reach in the south after taking the airport in Taez, security sources said, and had pushed toward Aden but two convoys were forced to turn back after overnight clashes with tribesmen.

'Puppet in the Hands of Evil'

It was not immediately clear how many Huthis or tribesmen may have been killed or wounded in the clashes near Al Abd, about 40 kilometres (25 miles) from Taez, and Al-Maqatara, about 80 kilometres (50 miles) from the city.

The Huthis have also sent some 5,000 militiamen and more than 80 tanks to an area of neighbouring Ibb province that is about 30 kilometres (20 miles) northeast of Taez, local and military sources said.

The reinforcements took over schools in the area and set them up as barracks, the sources said.

Troops and southern paramilitary forces loyal to Hadi have also reportedly deployed in Lahj province north of Aden, in anticipation of a possible Huthi advance.

Militia chief Abdulmalik al-Huthi in a televised speech on Sunday called for his supporters to mobilise for an offensive in the south, condemning Hadi as "a puppet in the hands of forces of evil, led by the United States".

Yemen has been a key US ally in the fight against Al Qaeda by allowing Washington to carry out drone strikes against jihadists on its territory.

Washington announced on Saturday it was evacuating its remaining personnel from the country, underlining fears in the West of growing instability.

The forces allied with the Huthis include members of the former central security force, a unit seen as loyal to ex-president Ali Abdullah Saleh.

Saleh was forced from power in early 2012 after a year-long popular uprising and has been accused of working with the Huthis to restore his influence.

The militia have been accused of maintaining a tight grip on areas under their control, with Human Rights Watch today saying the group had increased attacks against journalists, including arrests and alleged torture.

"There has been an increase in arbitrary arrests and violence against journalists and other media workers by (the Huthis)," the New York-based group said in a statement.

Promoted
Listen to the latest songs, only on JioSaavn.com
The Huthis reportedly killed one protester in Taez on Sunday when they fired on thousands of people demanding they withdraw.

Local activists said several thousand residents again took to the streets today for a protest outside a camp of pro-Saleh fighters in Taez.