"Pakistan is China's strategic cooperative partner. China and Pakistan are 'iron friends and have always firmly supported each other," Xi Jinping said 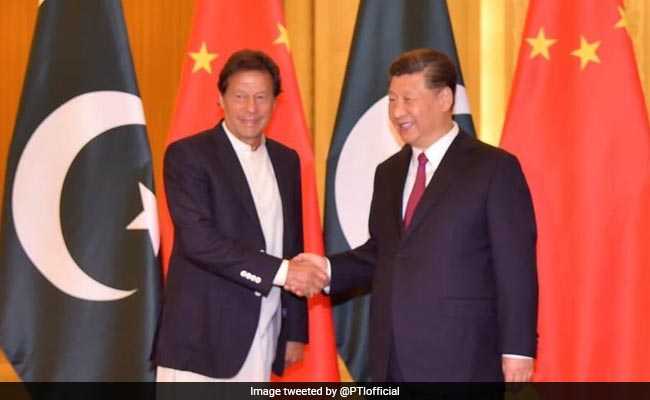 "China takes Pakistan as a priority in its diplomacy," Xi Jinping said.

Chinese President Xi Jinping met Imran Khan in Beijing today and expressed hope that Pakistan and India could meet each other halfway improving their strained relations following the Pulwama terror attack carried out by the Pakistan-based Jaish-e-Mohammed. The two leaders also exchanged views on the situation in South Asia.

Pakistan Prime Minister Imran Khan arrived in China for the Second Belt and Road Forum, organized to highlight the achievement of the trillion-dollar Belt and Road Initiative (BRI) started by Xi Jinping in 2013, of which the China-Pakistan Economic Corridor (CPEC) is an important component.

"Pakistan is China's strategic cooperative partner. China and Pakistan are 'iron friends and have always firmly supported each other on issues concerning core interests. China takes Pakistan as a priority in its diplomacy," he said.

"No matter how international and regional situations change, China firmly supports Pakistan in safeguarding its sovereignty and national dignity, choosing its own development path suited to its national conditions, combating terrorist and extremist forces, striving for a sound external security environment, and playing a constructive role in international and regional affairs," he added.

India skipped the meeting for the second time, protesting the economic corridor which is being laid through Pakistan-occupied Kashmir (PoK).

The meeting between the two leaders comes at a time when China is under pressure over its repeated attempts to block efforts to designate Jaish-e-Mohammed chief Masood Azhar as a global terrorist.

Last month, China put a technical hold on a resolution put forth by the US, the UK and France at the United Nation's counter terrorism committee to declare Masood Azhar as a global terrorist.

China had expressed its firm opposition to the issue being taken to the UNSC, saying that the matter headed for settlement and blamed the US for scuttling it.