UN said the global milestone signals major improvements in public health that have lowered the risk of death and increased life expectancy. 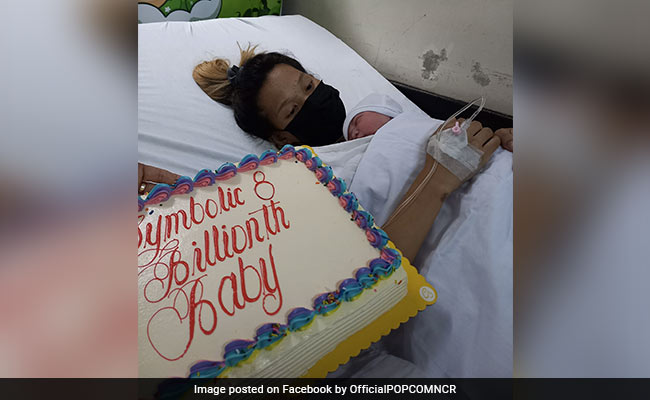 The baby's photo were posted on Facebook by the Philippines' government page.

A baby girl born in Tondo, Manila, is being considered as the symbolic eighth billion person in the world. Vinice Mabansag was born at Dr Jose Fabella Memorial Hospital at 1:29 am (local time). Her birth was celebrated by the Philippines' Commission on Population and Development, which posted photos pf the baby girl and her mother on Facebook. It has taken 12 years for one billion people to be added to the global population, with India on the cusp of overtaking China as the world's most populous country next year.

"The world has reached another population milestone after a baby girl born in Tondo, Manila was chosen to symbolically mark the eight billionth person in the world," the Philippines' Commission on Population and Development said in another Facebook post.

"Baby Vinice was welcomed on Nov. 15 by nurses at Dr Jose Fabella Memorial Hospital as well as representatives from the Commission on Population and Development," it added.

The United Nations said the global milestone signals major improvements in public health that have lowered the risk of death and increased life expectancy but the moment is also a clarion call for humanity to look beyond the numbers and meet its shared responsibility to protect people and the planet, starting with the most vulnerable.

By comparison, the increase of the world's population over the last century has been quite rapid and despite a gradual slowing in the pace of growth, the global population is projected to surpass 9 billion around 2037 and 10 billion around 2058, according to UN estimates.