France has been on high alert following a string of terrorist attacks since early 2015, often by people who have become radicalised or claim to have acted in the name of the ISIS group. 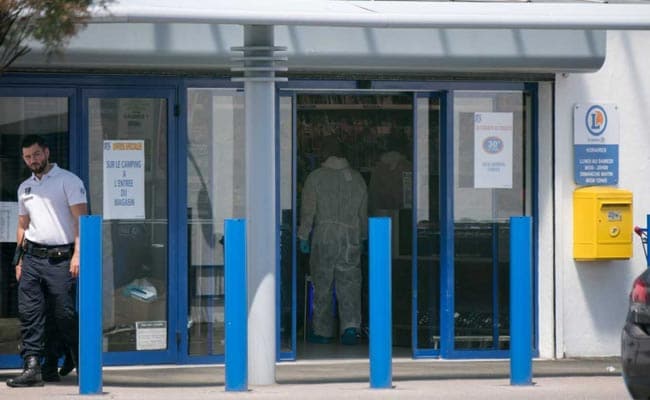 A French Forensic police officer walks into the supermarket where two people were injured. (AFP)

Marseille, France: Two people were injured in a town in southern France on Sunday when a woman shouting "Allahu akbar" (God is greatest) attacked two people in a supermarket with a boxcutter, prosecutors said.

A man was struck in the chest during the late-morning attack in La Seyne-sur-Mer, outside the Mediterranean port of Toulon, but the wound is not life-threatening, prosecutor Bernard Marchal told AFP.

A woman working at a checkout counter was also wounded, though not as seriously. Both victims were taken to hospital.

"It appears to be an isolated case by a person with known psychological problems," Marchal said, "though that doesn't exclude the possibility that she may have been radicalised."

France has been on high alert following a string of terrorist attacks since early 2015, often by people who have become radicalised or claim to have acted in the name of the ISIS group.

The 24-year-old assailant, who did not have a police record, was overpowered by others in the supermarket and has been taken into custody.

Police later searched her home to determine if she had any links to the ISIS group.

"We don't yet know if this is a terrorist act, but in any case it was terrifying," Marchal said.

Promoted
Listen to the latest songs, only on JioSaavn.com
More than 240 people have been killed in terrorist attacks since the massacre at the Charlie Hebdo satirical magazine in Paris in January 2015.

Last month a knifeman shouting "Allahu akbar" killed one person and wounded four others during a Saturday night attack in a bustling Paris neighbourhood.