The first daughter's new self-help guide for working women drew mixed reactions from some of the role models featured in the book. 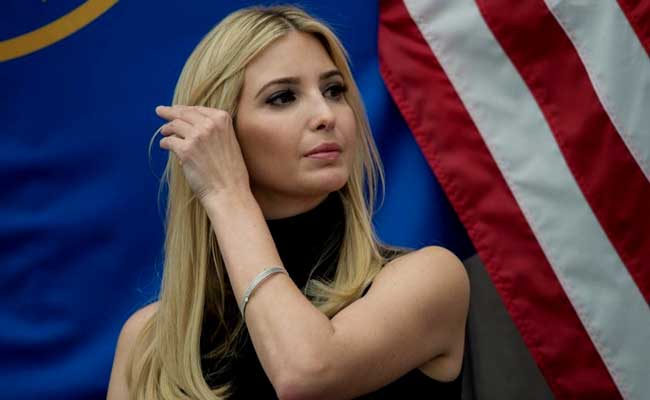 Ivanka Trump released a self-help guide this week for working women, and it ignited mixed reactions from some of the role models featured in the book.

The eldest first daughter, who serves as assistant to the president, cited 208 names in "Women Who Work" by CNN reporter Betsy Klein's count - including Oprah Winfrey, Gandhi and Nietzsche.

"The book equips readers with the best advice, tips and skills I've learned over the years from many incredible people," Trump wrote on her Facebook page. " . . . on building cultures where multidimensional women can thrive - now and in the future."

One of those people, however, slammed Trump for including her in the book at all.

"@ivankatrump don't use my story in #WomenWhoWork unless you are going to stop being #complicit," Reshma Saujani, the founder and chief executive of Girls Who Code, tweeted after the book hit shelves Tuesday.

Since President Donald Trump moved into the White House, his older daughter has set up her own West Wing office, sat in on meetings with world leaders and spoken about boosting female entrepreneurs at a women's economic conference in Germany. She announced on Facebook that she will donate proceeds from "Women Who Work" to the National Urban League and Boys & Girls Clubs of America.

Her critics, though, have accused her of being "complicit" in parts of her father's policy agenda that they dislike. The adjective refers to a "Saturday Night Live" skit last month in which actress Scarlett Johansson dressed up like Trump to promote a faux fragrance: "She beautiful, she's powerful, she's... complicit." (In a recent interview, Trump responded to the skit, saying, "If being complicit is wanting to be a force for good and wanting to make a positive impact, then I am complicit.")

In "Women Who Work," Trump commends Saujani, writing: "She personally witnessed the gender gap in computing classes and set out to do something about it."

Saujani, who built a nonprofit that has placed thousands of female high school students in programs where they learn to code, declined an interview request from The Washington Post and did not specify in her tweet what bothered her about the Trump administration's policy actions.

In an earlier tweet, however, she expressed displeasure at reports on Tuesday that the White House was going to end former first lady Michelle Obama's "Let Girls Learn" program, which launched in 2015 to help girls in developing communities. (The White House said later that there would be no changes to the program.)

"Shame on@POTUS for not continuing to invest in our girls," Saujani wrote.

Primate researcher Jane Goodall was also cited in the book. Goodall said in a statement to The Post that she hopes the first daughter will use her power to protect environmental causes. "I understand that Ms. Trump has used one of my quotes in her forthcoming book," Goodall wrote. "I was not aware of this, and have not spoken with her, but I sincerely hope she will take the full import of my words to heart."

Goodall added that laws created to protect wildlife, as well as efforts to protect clean air and water, "have all been jeopardized by this administration."

Mary C. Curtis, a journalist who has contributed to The Post, was also surprised to learn Wednesday that Trump had pulled a quote from one of her 2012 columns about Facebook executive Sheryl Sandberg and the "Lean In" movement: "The secret is there is no secret - just doing the best with what you've got."

The line appeared after a section in which Trump wrote about returning to the workforce after giving birth. Curtis, who has written about racial disparities in the workplace, was glad to see her message elevated. But she wanted to add some context: The process can be harder for women of color, who tend to earn less money on average than their white counterparts and report more discrimination on the job.

"I don't believe Ivanka had the same challenges when it came to child care and medical benefits, having pregnancy leave, or working difficult hours on the job when you also have other responsibilities," Curtis said. "She should get out there and listen to people, working people."

Video: First daughter and adviser to the president Ivanka Trump released her book "Women Who Work" on May 2 to mixed reviews. Here are five things to know about the book. (Amber Ferguson/The Washington Post)

(This story has not been edited by NDTV staff and is auto-generated from a syndicated feed.)
Comments
Women Who WorkIvanka Trump book