While the US President's critics on Twitter said that he looked "dejected" after his "disappointing rally" in Tulsa, others were amused. 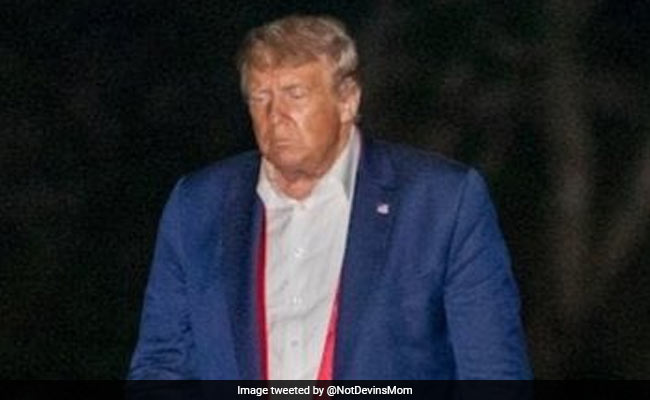 With an undone necktie, clutching a signature red cap of his 2020 campaign and looking visibly upset, US President Donald Trump walked back to the White House after addressing a less-than-full-arena at his first political rally in months in Tulsa, Oklahama. The image contrasted sharply with his prediction a day before gliding in his helicopter on his way to the rally.

"It will be a wild evening," said Mr Trump, exuding confidence, as usual.
The empty seats at the rally venue were anything but what the US President - known to revel in large crowds - must have anticipated.
The White House had promised that Mr Trump's first rally in three months would be flooded with up to 1,00,000 people, but large sections of the 19,000-capacity BOK Center were empty.

An outdoor event for the overflow crowd was canceled because no one showed up despite Trump's team boasting of huge interest ahead of time and more than a million ticket requests, according to a report by news agency AFP.

While the US President's critics on Twitter said that he looked "dejected" after his "disappointing rally" in Tulsa, others were amused.

I can't stop watching this. This is the greatest video ever. It's like a kid who had a birthday party and no one showed up.

Mr Trump sought to use the event to bring momentum back to his re-election campaign after coming under fire for his responses to the coronavirus and to the death of George Floyd, a Black man who died in the custody of Minneapolis police.

This is the look of defeat.
This is the true #WalkofShame.
This is glorious to see. pic.twitter.com/J8SHhzp3O3

The US president refrained from commenting on the rally as the dust settled the following morning, only tweeting a Father's Day greeting.