With Fidel Castro Gone, US Presence In Cuba Grows 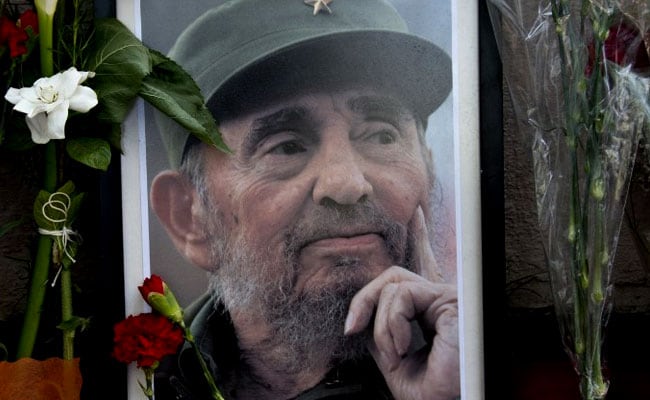 Havana: Fidel Castro spent his life combating US capitalism, but by the time he died, American cruise ships, regular flights and even the embassy had returned to the communist-ruled island.

The US flag now hangs ubiquitously on the bicycle rickshaws that pull growing numbers of American visitors around Old Havana, while artists sell posters of US President Barack Obama, highlighting Cubans' hopes that the rapprochement will improve the island's anemic economy.

Obama and President Raul Castro, who succeeded his brother in 2006, have restored diplomatic relations and reopened embassies while the US leader has eased trade and travel restrictions.

Fidel Castro's animosity against the United States dates back decades to the US government's support of dictator Fulgencio Batista.

In the heat of his guerrilla war, Castro vowed in a 1958 letter that he would "make the Americans pay a lot" for backing Batista, whom he would topple in 1959.

Castro was convinced that he would have to go to war against the United States. "I have realized that this will be my true destiny," Castro said.

As recently as his 90th birthday, on August 13, Castro recalled in an article the many "Machiavellian" attempts by the US Central Intelligence Agency to kill him.

It took months for Fidel Castro to react publicly to his brother's 2014 decision to restore ties with the United States, and his response was tepid, noting the "pertinent measures" taken by Raul.

"Everybody knows that Fidel was not very enthusiastic about the political changes undertaken by his brother. He was a bit uneasy," said Michael Shifter, president of the Inter-American Dialogue think tank in Washington.

After Obama's historic visit to the island in March -- the first by a US president in 88 years -- Castro wrote a scathing column, declaring that "we don't need any gifts from the empire."

But like it or not, the empire is coming back to the island.
While the decades-old US economic embargo remains in place, Obama has chipped away at many trade and travel restrictions.

The first US cruise ship to come to Cuba in more than 50 years docked in Havana in May. Regular flights between the two countries have resumed.

US companies like Airbnb and Netflix now operate in Cuba, and hotel group Starwood opened a Sheraton in Havana in June.

While the embargo still forbids regular tourism, Obama has removed much of the bureaucracy required to visit the island under special categories ranging from cultural to religious and sports activities.

Had Castro lived a bit longer, he would have faced a more hostile US president -- the 12th since he took power -- and one who has threatened to "terminate" Obama's diplomatic thaw unless the communist regime makes a "better deal" for the Cuban people.

"The anti-Castro rhetoric of the president-elect could be an obstacle to the progress in relations between the two countries," said Jorge Duany, director of the Cuban Research Institute at Florida International University.

"Even if Trump hasn't given a lot of details about the way that he will apply his policy toward Cuba, he is clear that he won't follow the Obama administration's path," Shifter said.

Promoted
Listen to the latest songs, only on JioSaavn.com
But to be sure about Trump's intentions, he said, "we will have to wait for the first months of 2017."