"Devastating news from Ethiopia this morning," Trudeau said on Twitter. "Our thoughts are with all the victims on Flight ET302, including the Canadians who were on board." 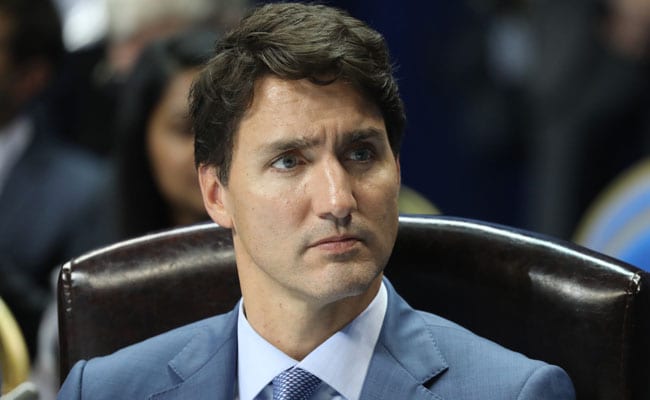 Justin Trudeau's office said they mourn the loss of so many lives. (File)

Prime Minister Justin Trudeau on Sunday deplored the "devastating news" that 18 Canadian nationals were among the 157 people killed in the crash of an Ethiopian Airlines jetliner.

"Devastating news from Ethiopia this morning," Trudeau said on Twitter. "Our thoughts are with all the victims on Flight ET302, including the Canadians who were on board."

His office later issued a statement. "We join the international community in mourning the loss of so many lives, including those countries who have also lost citizens in this devastating crash.

"I am reaching out to President of Kenya Uhuru Kenyatta and Prime Minister of Ethiopia Abiy Ahmed to express my condolences for this tragic event."

The Nairobi-bound Boeing 737 crashed minutes after an early-morning takeoff Sunday from Addis Ababa.

People holding passports from more than 30 countries and the UN were on board, but Canadians, with 18 victims, trailed only the 32 Kenyans who died in the crash, according to the airline.

The plane plowed into a field southeast of Addis Ababa, the airline's CEO Tewolde GebreMariam told journalists in the Ethiopian capital, lamenting the "very sad and tragic day."

The crash came on the eve of a major assembly in Nairobi of the UN Environment Program.

A UN source told AFP that more than a dozen people affiliated with the world body had lost their lives.

State-owned Ethiopian Airline had taken delivery of the Boeing 737-800 MAX plane on November 15. It was of the same type as a plane that crashed in October after takeoff from Jakarta, killing all 189 people on board.

(Except for the headline, this story has not been edited by NDTV staff and is published from a syndicated feed.)
Comments
Ethiopian Airlines Boeing 737Ethiopia Crash