Airports in Boston and Philadelphia were also affected, with almost 20 percent of flights halted. 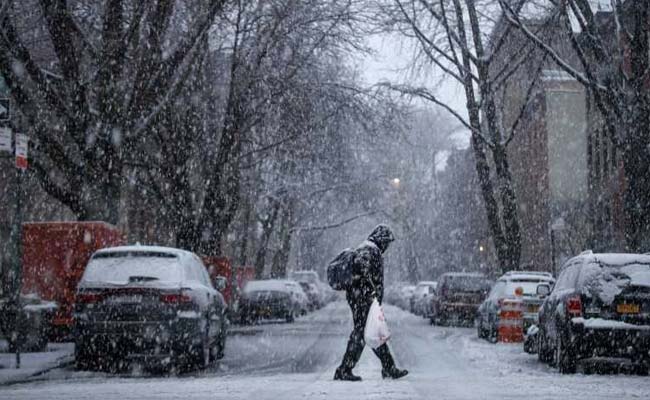 New York, United States: The second winter storm in less than a week struck the northeastern United States Wednesday, with more than 2,000 flights canceled as the region braced for heavy snow.

Around 520 flights arriving and departing from John F Kennedy International Airport -- nearly 42 percent of the total scheduled -- were canceled by 12:00 pm (1700 GMT), along with 650 flights from New Jersey's Newark airport and nearly 600 from La Guardia, which operates primarily domestic flights, according to the FlightAware flight tracking site.

Airports in Boston and Philadelphia were also affected, with almost 20 percent of flights halted.

The Port Authority agency that oversees the three New York area airports -- which came under sharp criticism for the chaos that followed early January's snowstorm -- said each airport had stocked folding beds, blankets, diapers and baby formula as a precautionary measure.

The US National Weather Service (NWS) revised its forecast for New York around midday, predicting an increased eight to 12 inches (20 to 33 centimeters) of snowfall Wednesday, with up to 20 inches expected in more rural areas of New York state, New Jersey and Connecticut.

While temperatures were set to remain above freezing, the NWS also warned of "heavy wet snow, coastal flooding and gusty winds" in the region. 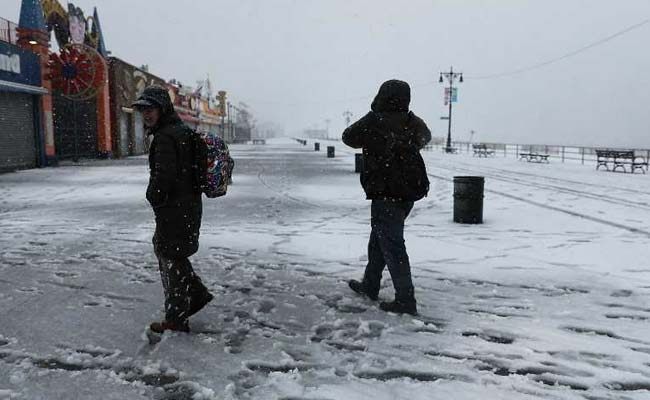 Drivers in states throughout the region were urged not to travel, but driving has not been forbidden. Meanwhile, rail travel was disrupted as operator Amtrak canceled several trains between the capital Washington and Boston.

Promoted
Listen to the latest songs, only on JioSaavn.com
The last storm to sweep through the northeastern United States last week left at least five people dead, mostly due to trees felled by violent winds and heavy rains.

(This story has not been edited by NDTV staff and is auto-generated from a syndicated feed.)
Comments
US stormUS cold