"Will Never Be The Same": Donald Trump Jokes About Missing Cameo in Home Alone 2

Sharing an article on the missing Trump cameo, US President Donald Trump tweeted to say "The movie will never be the same!", adding that he was "just kidding". 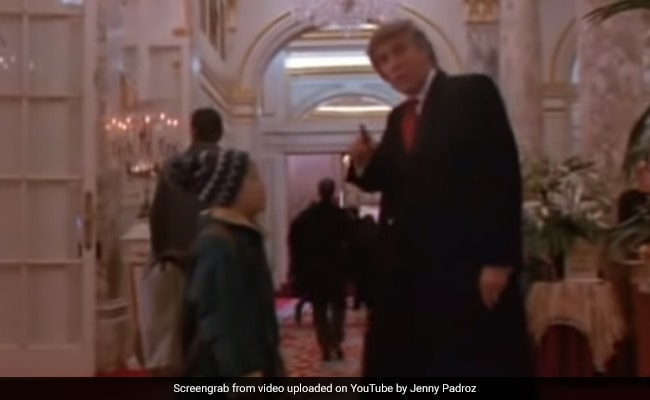 Christmas festivities are almost incomplete without a re-run of the hit Christmas film - Home Alone. To mark the occasion, US President Trump had described his cameo in the film that it was "an honor to be involved in the big Christmas hit" earlier this week.

Days later, the Canadian Broadcasting Corp. decided to cut off the scene during its broadcast on Canadian television claiming that the scene with President Trump was edited to fit the television time slot.

Sharing an article on the missing cameo, the US President tweeted to say, "The movie will never be the same!", adding that he was "just kidding".

The movie will never be the same! (just kidding) https://t.co/FogquK1ei7

Through the week, the film was the topic of discussion on Twitter, after viewers noticed the missing cameo of President Trump. Donald Trump' son tweeted a link to an article calling the cut "pathetic." Several users on social media also accused the CBC of making a politically motivated decision.

Responding to the criticism, CBC spokesman Chuck Thompson said, "The scene with Donald Trump was one of several that were cut from the movie as none of them were integral to the plot. These edits were done in 2014, when we first acquired the film and before Mr Trump was elected president".

President Trump appears briefly in the film "Home Alone 2" when Kevin McCallister (Macaulay Culkin), forgotten by his family, struggles to navigate the hotel where he's staying for the holidays. He then stops a man wearing a long black overcoat and a red tie to ask him how to get to the lobby. "Down the hall and to the left," says Donald Trump.