WikiLeaks losing half a million euros a week: Assange 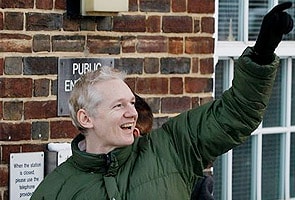 Geneva: Whistleblower website WikiLeaks has been losing some half a million euros a week since it began publishing confidential US cables, the founder of the site Julian Assange said in an interview appearing today.

When asked about the pressure put on him over the website's move, Assange told Swiss newspapers Tribune de Geneve and 24 Heures: "From a personal point of view, no. I would say that the pressure reinforces my determination.

"But from a financial point of view, it's another matter. We have been losing more than 600,000 francs (481,068 euros, USD 620,053) a week since the start of the publication of the diplomatic cables. To continue our business, we would need to find a way or other to get this money back," he added.

There was no explanation of why WikiLeaks was losing money with the publication, but several banks or payment systems have terminated business with the website in recent weeks.

The Australian is on bail in Britain facing extradition proceedings to Sweden on charges of sexual assault. The date of his trial is to be fixed during a hearing on Tuesday in London.

Media reports suggest that US prosecutors are also trying to build a case against him on the grounds that he encouraged a US soldier, Bradley Manning, to steal cables from a government computer and pass them to WikiLeaks.

Assange had also acknowledged during a December interview to Britain's Sunday Times that financial difficulties had pushed him to sign more than one million pounds (1.2 million euros, USD 1.55 million) in deals for his autobiography.

He denied having already received this sum.