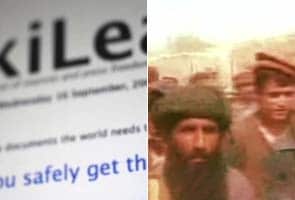 New Delhi: In revelations that could further embarrass Pakistan, WikiLeaks has released a fresh set of US diplomatic cables that show how the country's spy agency, the Inter-Services Intelligence (ISI), allowed militants to go to India to carry out strikes on targets chosen by the Pakistan army.

The revelations are part of nearly 800 interrogation reports of suspects held in Guantanamo Bay prison.

WikiLeaks, in one of the several cables that exposes ISI's links to terror groups, quotes a US cable as saying that an Algerian Al Qaeda militant arrested in 2002 said that his mission was to "kill Indians in India".

It further quotes the militant saying that the ISI "allowed" fighters to travel to India where they conducted bombings, kidnapping or killing Kashmiri people.

More significantly, the targets in Indian according to the militant, were chosen by the Pakistani Army.

Promoted
Listen to the latest songs, only on JioSaavn.com
The revelations are damning in that it further reinforces India's oft-repeated claims that the Pakistani military, especially the ISI, has been actively supporting terror groups in anti-India activities.

The WikiLeaks expose is also significant coming as it does at a time when Pakistan is under intense international scrutiny after US forces tracked down and killed Osama bin Laden in Abbottabad, a garrison town just a half-hour drive from the Capital, Islamabad.
Comments
WikiLeaksPakistan WikiLeaksISIInter-Services IntelligenceISI terror groupsWikiLeaks ISI