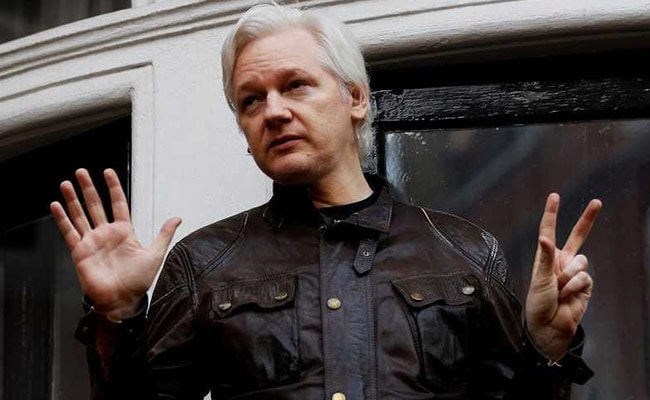 The Justice Department on Thursday charged WikiLeaks founder Julian Assange with violating the US Espionage Act by publishing military and diplomatic files in 2010, rejecting his claim that he is a journalist.

The department unveiled 17 new charges against Assange, accusing him of directing and abetting intelligence analyst Chelsea Manning in stealing secret US files, and also recklessly exposing confidential sources in the Middle East and China who were named in the files.

The charges against Assange, now 18 in total, reject his claim that he was simply a publisher receiving leaked material from Manning, an action that is protected under the US Constitution's First Amendment guaranteeing freedom of the press.

A new indictment alleges that Assange actively conspired with Manning to steal the hundreds of thousands of classified files "with reason to believe that the information was to be used to the injury of the United States or the advantage of a foreign nation," the Justice Department said.

It also said that Assange rejected the US State Department's warning in 2010 to redact the names of its and the US military's confidential sources in Afghanistan, Syria, Iraq, Iran and China, sources it said included journalists, religious leaders, human rights advocates, and political dissidents.

"Assange's actions risked serious harm to United States national security to the benefit of our adversaries and put the unredacted named human sources at a grave and imminent risk of serious physical harm and/or arbitrary detention," the department said.

"But Julian Assange is no journalist."

A native of Australia, Assange, 47, is currently in prison in Britain for jumping bail, and faces a US extradition request when he is released 11 months from now.

But it is not yet clear whether the British government will honor that request, and the new charges could complicate it.

"This is madness. It is the end of national security journalism and the first amendment," the group tweeted.

"The charges brought against Julian Assange under the Espionage Act pose a direct threat to press freedom and investigative journalism, both of which are undermined when those who inform the public are prosecuted for sounding the alarm," said Reporters Without Borders.

The charges escalate the US government's effort to crack down on leakers of national security materials.

While the previous administration of president Barack Obama pursued leakers, including Manning, it appeared to draw the line on transparency groups like WikiLeaks, not wanting to enter a battle over press freedom.

But after WikiLeaks played an important role in the Russia meddling operation in the 2016 US election, publishing materials stolen by Russian hackers that were damaging to Democratic candidate Hillary Clinton, Washington officials began to paint the group as acting in concert with US enemies.

In 2017, Secretary of State Mike Pompeo, at the time director of the CIA, called WikiLeaks a "non-state hostile intelligence service."

Leaks rocked the world in 2010

WikiLeaks put itself on the map as a potent force in 2010 when it began publishing the files extracted from classified US databases by Manning, then a low-level US army intelligence analyst angered by the US wars in Iraq and Afghanistan.

The documents, videos, and communications exposed possible war crimes, torture, and secret military operations, as well as unveiling the often-unseemly behind-the-scenes activities, discussions and analyses of US diplomacy.

The 40-page indictment paints Assange specifically as a co-conspirator of Manning, who was sentenced in 2013 under the Espionage Act to 35 years in prison for the leaks, her claim of being a "whistleblower" rejected.

Her sentence was commuted by Obama in 2017. But she was sent back to jail earlier this year for refusing to cooperate with the investigation into Assange.

The Justice Department said that in 2009, before Manning acted, WikiLeaks publicly solicited specific classified materials involving the US wars in Afghanistan and Iraq so that it could publish the materials.

"Assange wanted the 'Most Wanted Leaks' list to encourage and cause individuals to illegally obtain and disclose protected information," the indictment says.

It says Assange went far beyond the actions of a simple publisher.

"No responsible act of journalism would purposely publish the names of individuals he or she knew to be confidential sources in war zones, exposing them to the gravest of dangers," said Demers.