The issue is a test of President Donald Trump's foreign policy and his self-professed bargaining prowess. 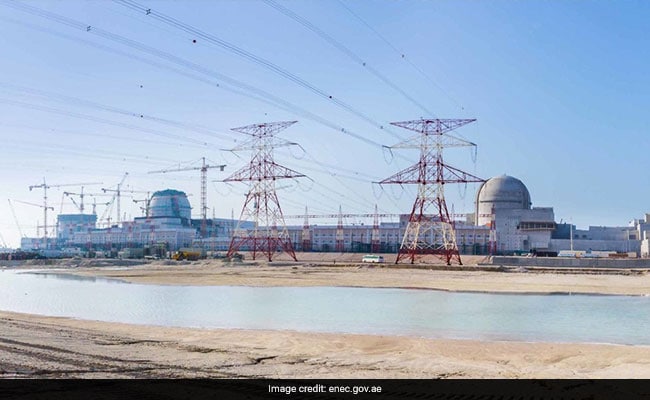 Next month, Saudi Arabia will announce the finalists of a sweepstakes. The prize? Multibillion-dollar contracts to build a pair of nuclear power reactors in desolate stretches of desert along the Persian Gulf.

For Saudi Arabia's crown prince Mohammed bin Salman, the reactors are a matter of international prestige and power, a step toward matching the nuclear program of Shia rival Iran while quenching some of the kingdom's domestic thirst for energy.

For the Trump administration, the contest poses a thorny choice between promoting U.S. companies and fighting nuclear proliferation. If the administration wants to boost the chances of a U.S. consortium led by Westinghouse, it might need to bend rules designed to limit nuclear proliferation in an unstable part of the world. That could heighten security risks and encourage other Middle Eastern countries to follow suit.

"If the Saudis were to get an agreement without restrictions, it would set a dangerous precedent in the region and [be] a significant break with American nuclear policy for the last 50 years," said Jon Wolfsthal, a consultant on nuclear weapons who was a director for arms control and nonproliferation at the National Security Council under President Barack Obama.

The issue is a test of President Donald Trump's foreign policy and his self-professed bargaining prowess. Trump, his son-in-law, Jared Kushner, and Energy Secretary Rick Perry have made pilgrimages to Riyadh to cozy up to the young crown prince and win big contracts for U.S. firms. Yet little has come to fruition.

Now, as Mohammed prepares to visit the United States in March, the Saudi deadline looms for Westinghouse, which is winding its way through bankruptcy and is eager to find customers for its much-praised AP1000 design. Without a diplomatic deal, Westinghouse and a South Korean group, which uses U.S. parts and technology and would be bound by the same rules, could be sidelined in favor of Russian or Chinese state companies.

The key rules governing nuclear sales to Saudi Arabia are spelled out in a document known as a 123 agreement, named after a section in the 1954 Atomic Energy Act.

The United States has 123 agreements with 23 countries, Taiwan and Euratom, a group of 27 nations. The 123 agreement for Saudi Arabia imposes limits on uranium enrichment and the reprocessing of spent fuel, both of which could be used to produce material for nuclear bombs.

Saudi Arabia has argued that it should be free to mine and enrich its own uranium deposits, as long as it abides by the international Non-Proliferation Treaty,which bars the diversion of materials to a weapons program. The China National Nuclear Corp. has signed preliminary agreements with the Saudis to explore nine potential uranium mining areas. Former intelligence chief Prince Turki al-Faisal told Reuters in December that Saudi Arabia would "have the same right as the other members of the NPT, including Iran."

The push to provide nuclear power to Saudi Arabia has divided U.S. policymakers.

Henry Sokolski, the executive director of the nonprofit Nonproliferation Policy Education Center who served in President George H.W. Bush's Pentagon, asked, "How do we feel about the stability of the kingdom? The reactors are bolted to the ground for a minimum of 40 years and a maximum of 80 years. That's enough for the whole world to change."

But others say that if the United States doesn't build the reactors, then Russia's Rosatom or the China Nuclear Engineering and Construction Group will, providing fewer safeguards against proliferation and eroding U.S. diplomatic strength in the region.

"I would prefer to have America's nuclear industry in Saudi Arabia than to have Russian or China's, so I think it's useful that we're reengaging with the Saudis. We should try to get the best restraints on enrichment and reprocessing, including a ban for some significant length of time, say 20 or 25 years," said Robert Einhorn, a senior fellow at the Brookings Institution and a former State Department adviser for nonproliferation and arms control. "We should show some flexibility."

The need to build nuclear reactors in Saudi Arabia, which has the world's largest petroleum reserves, isn't obvious. The kingdom says it wants to curtail the burning of oil to generate electricity at home. Doing so would free up more oil for exports, the kingdom's main source of revenue.

Saudi electricity consumption doubled between 2005 and 2015. During the peak summer months, when temperatures soar past 120 degrees Fahrenheit, the kingdom burns about 700,000 barrels of oil a day for air conditioning. Add industrial and transportation use, and Saudi Arabia's domestic crude consumption has neared 3 million barrels a day, more than a quarter of its total output.

Solar is another option. The Saudis could also tap its plentiful supplies of natural gas, much of which is flared and wasted.

"If ever there was a place that could take care of own energy needs without nuclear, it's the UAE," said F. Gregory Gause, a professor of international affairs at Texas A&M University. "I think it becomes a prestige thing, like international airports."

But the UAE also signed a 123 agreement in January 2009 that is called the gold standard. It agreed not to enrich or reprocess - although a passage says it could reconsider if others in the region start doing so. It plans to buy uranium from the United States and ship spent fuel to Britain or France for reprocessing.

For Saudi Arabia, the UAE's gold standard set a high bar. "During the Obama administration, we were at an impasse," said Gary Samore, a former White House arms control coordinator now at Harvard's Kennedy School of Government. "We wanted them to make a commitment similar to what Abu Dhabi did. We never overcame that issue in our negotiations."

Now the Saudis have a new reason to press for concessions: The nuclear deal Obama and other allies reached with Iran allows Tehran to continue enrichment within strict limits for commercial use and with intrusive inspections. Trump has called it "the worst deal ever." The Saudi government noted that some clauses will expire after 15 years.

Many experts on Saudi Arabia say the kingdom wants its own program to deter or counterbalance Iran. "I think part of it is keeping up with the Iranians and trying to build up a nuclear infrastructure that could be turned into weapons capability," Gause said.

Christopher Ford, assistant secretary of state for international security, said during his confirmation hearings that the Iran deal "has made it considerably more difficult to ask [for] gold-standard-type agreements."

The nuclear cooperation agreement tests the Trump administration's efforts to cement ties with the crown prince. In addition to Trump's May trade and diplomatic mission, Kushner visited again the week before the crown prince's crackdown on opponents.

A week after Perry was sworn in as energy secretary, he got a visit from Saudi energy minister Al-Falih, who gave him a lifesize silver falcon with a golden beak. In November, Perry paid Al-Falih a return visit. Photos showed Perry barefoot on a sand dune and dressed in flowing traditional robes while gripping a sheathed sword.

But Congress poses the real obstacle for Trump and the Saudis. If the administration alters the 123 agreement, it must notify Congress, which would have 60 days to block it.

"We have a tendency to use nukes as a way of ingratiating ourselves with countries around the world and then we get into a negotiation of whether there are safeguards," said Sen. Edward J. Markey, D-Mass. "I think ultimately it's going to come back to haunt us."

Revising the agreement also could stir up complaints linked to the terrorist attacks on Sept. 11, 2001.

And Friends of Israel might object to providing nuclear technology to the Saudis.

"I think the Saudis are smart enough to realize that it will run into major, major storms here in Congress" if it tries to alter the 123 agreement, said Jean-Francois Seznec, a consultant on Mideast business and finance.

For a brief moment, it appeared that the Trump administration would sweep away roadblocks to American nuclear developers.

In 2015, retired Gen. Michael T. Flynn did work for ACU Strategic Partners to press for a "Marshall plan" for nuclear plants across the Middle East. In mid-2016, Flynn switched to advising IP3/Iron Bridge, which also sought a wave of Mideast nuclear construction.

When the newly elected Trump named Flynn national security adviser, Flynn instructed his staff to turn a memo written by IP3/IronBridge into a policy memo - an unusual step. Soon, however, Flynn was forced to resign and he is now cooperating with special prosecutor Robert S. Mueller III on an investigation of Russian meddling in the 2016 presidential campaign.

The Marshall Plan of nuclear power, however, was always a mirage.

The collapse in crude prices in 2014, domestic food and oil subsidies and the war in Yemen have weighed heavily on the Saudi budget. The rebound in oil prices helps, but Saudi financial reserves have plunged from $755 billion in 2013 to less than $500 billion today, according to the International Monetary Fund.

At the core of any U.S. nuclear proposal lies the weakness of the U.S. commercial nuclear business.

Westinghouse, a former Toshiba subsidiary, went bankrupt after losing billions of dollars acting as contractor for four reactors in the United States. Two reactors in South Carolina have been abandoned; two in Georgia remain under construction at twice the original cost, but now managed by the Southern Co.

The sale of new reactors would be a bonus, but Brookfield isn't counting on it. One thing Westinghouse will not do under Brookfield is take on construction risk again. So the U.S. group makes Fluor the contractor; the utility Exelon would train operators for the reactors, according to people who have met with Westinghouse.

In the end, the fate of the U.S. proposal will circle back to the political and diplomatic efforts to forge a 123 agreement.

Promoted
Listen to the latest songs, only on JioSaavn.com
Saudi Arabia "would like us to cave to some degree on some elements of the 123 agreement," said Rep. Brad Sherman, D-Calif., a member of the House Foreign Affairs Committee. But, he added, "the fewer Mideast nuclear weapons states, the better. And the fewer nondemocratic nuclear states, the better. And the fewer states where I can't predict 10 years down the road what their attitudes will be toward the United States, the fewer of those countries that have nuclear weapons the better."