Why Is the Weather So Weird? It's Climate Change

All these calamities are part of a constellation of extreme weather events that paint a picture of a world that's already warmed 1.2 degrees Celsius from pre-industrial times. There's no doubt it will get warmer. 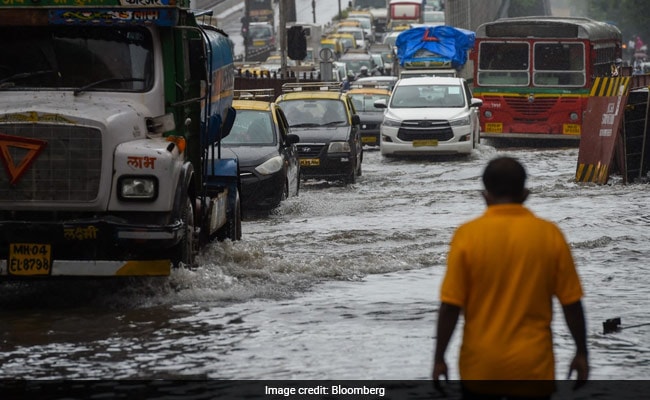 Death, violence and destruction are all signs of humanity's struggle to adapt to a changing climate.

Heatwaves in the US and floods in western Europe have dominated the news cycle recently, forcing us to re-examine the relationship between climate change and extreme weather. Other catastrophes are going unnoticed.

In the past week alone, 380,000 people have been evacuated due to floods in China's Henan province, 30 villages in Uganda were affected as rivers overflowed and 25 people died in landslides after Mumbai was hit by big storms that also inundated regions surrounding the megacity. Temperatures in Turkey and North Africa approached 50 degrees Celsius (122 Fahrenheit), while South Africa and Brazil froze. Siberia is battling wildfires again.

"Research shows that similar long heatwaves can lead to several hundreds of excess deaths, mostly among the elderly," said Virpi Kollanus, a researcher at the Finnish Institute for Health and Welfare. A 2018 heatwave is estimated to have caused about 380 deaths in Finland.

In Iran, the hottest summer in decades has led to water shortages that in turn sparked protests in the country's southwest. At least one protester has been killed by gunfire and a policeman was shot dead during the unrest.

All these calamities are part of a constellation of extreme weather events that paint a picture of a world that's already warmed 1.2 degrees Celsius from pre-industrial times. There's no doubt it will get warmer.

The global climate is out of balance, German meteorologist Johannes Quaas said in an interview last week as his country reeled from floods that killed over 170 people and left hundreds missing. Our climate's reaction to greenhouse gas emissions isn't immediate. The warming and resulting weather events that we see today are a reaction to emissions that entered the atmosphere decades ago.

Scientists estimate that, even if we meet global emissions reduction goals, some amount of warming is baked in. That will take the planet to somewhere between 1.5 degrees Celsius to 2 degrees Celsius above pre-industrial times by the end of the century. While their warming predictions have been correct in the past, there's no way to be absolutely sure when temperatures will stop rising, because the experiment we're running on the planet has never been attempted before.

"We'll definitely make it to 1.5 degrees Celsius and it will be hard to stop the warming and remain there," said Hans-Otto Portner, a professor at the Alfred Wegener Institute for Polar and Marine Research and an adviser to the German government on climate and the environment. "This tells us that we haven't reached the end of it. The motivation to do something about climate change only grows because we see the signs on the wall."

Death, violence and destruction are all signs of humanity's struggle to adapt to a changing climate. "It seems like there's something in human mentality that makes us be behind the events, and not ahead," Portner said. "Maybe that's because the nature of unprecedented events is that we can't imagine what's coming."