Who Is 'Mr No Deal'?: Boris Johnson, Donald Tusk Clash Over Brexit At G7

Boris Johnson had held bilateral talks with German Chancellor Angela Merkel and French President Emmanuel Macron ahead of the G7, expressing cautious optimism that a deal could be agreed before Britain leaves the EU on October 31. 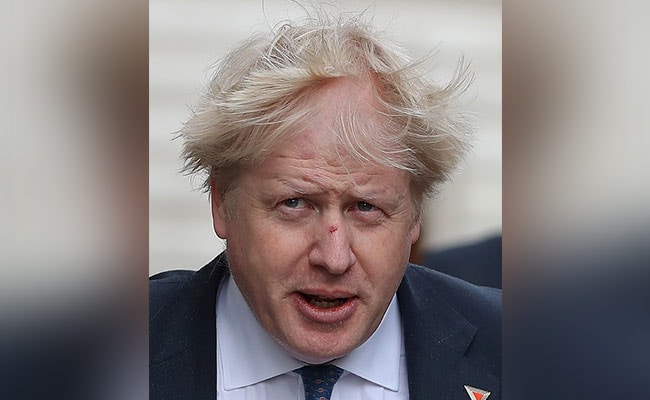 I don't want a 'no deal' Brexit: Boris Johnson

Accusing one another of being "Mr No Deal", British Prime Minister Boris Johnson and EU Council President Donald Tusk exchanged accusations at the G7 summit Saturday over who will be to blame if Britain crashes out the bloc without an accord.

Johnson had held bilateral talks with German Chancellor Angela Merkel and French President Emmanuel Macron ahead of the G7, expressing cautious optimism that a deal could be agreed before Britain leaves the EU on October 31.

But his frosty exchanges with Tusk -- which took place a day before the pair hold bilateral talks at the summit -- gave an indication of the mountain to climb if they hope to reconcile their positions in barely two months.

Johnson says that while he wants a deal Britain is ready to leave without one, a position that infuriates Tusk, who once said there was a "special place in hell" for those who promoted Brexit without a plan.

"One thing I will not cooperate on is a 'no deal', and I still hope that Prime Minister Johnson will not like to go down in history as Mr 'No Deal'," Tusk told reporters in Biarritz.

Informed of Tusk's comments while flying over France's Atlantic coast into Biarritz, Johnson responded that a no deal Brexit would not be his responsibility.

He said it was up to the EU to get rid of the so-called Irish backstop, a provision guaranteeing that border checks will not return between Ireland, an EU member, and Britain's Northern Ireland.

Addressing Tusk directly, Johnson added: "If Donald Tusk does not want to go down as Mr 'No Deal' Brexit then that point should be borne in mind too," Johnson said.

Pressed on Tusk's famous "special place in hell" jibe that many observers believe was aimed at Johnson, the premier said he did not want to discuss the afterlife with his Polish colleague.

"I have great relations with our friends and partners in the EU and intend to continue to improve them the whole time without getting into any post-Brexit eschatology with the president of the Council," said Johnson.

Eschatology, a word of ancient Greek origin meaning literally the "study of what is last", concerns death and the afterlife.

Johnson, who himself read Classics at Oxford University, is fond of peppering his comments with Latin and Greek phrases.

Tusk insisted the EU was still "willing to listen to ideas that are operational, realistic and acceptable to all member states, including Ireland."

Johnson has called the backstop "anti-democratic" because it would require London to keep its regulations aligned with those of the EU during a transitional period when the country is no longer a member of the bloc.

European officials argue the backstop is necessary to avoid the re-emergence of a border which could lead to a return of sectarian fighting on the island.

Johnson has staked his leadership on a "do or die" withdrawal from the EU by the current deadline of October 31.

He has promised to find alternative solutions for the Ireland issue without the need for the backstop, though EU leaders remain to be convinced.

"There are a large range of alternative arrangements -- these we will be discussing in the coming weeks," Johnson said.

No further one-on-ones are planned between Johnson and Merkel or Macron at the G7 after their meetings last week, a senior British government official said.

Johnson also called on the British parliament -- which repeatedly rejected the Brexit deal negotiated by his predecessor Theresa May -- to "get Brexit done" so Britain leaves on October 31.

"I am confident that they will understand that their historic function is to respect the will of the people, the democratic mandate," he said.