Who Could Succeed Boris Johnson? Rishi Sunak Is A Contender

Rishi Sunak and Sajid Javid quit their roles within minutes of each other, citing the tone and conduct of the premier and his government. 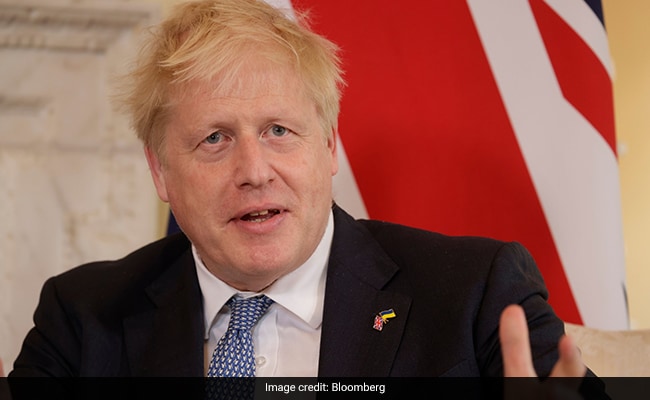 Boris Johnson's leadership is in peril again after the double resignation late Tuesday of Chancellor of the Exchequer Rishi Sunak and Health Secretary Sajid Javid. Without a clear front runner to succeed him, there are many senior Tories will fancy their chances if he's ousted.

Sunak and Javid quit their roles within minutes of each other, citing the tone and conduct of the premier and his government. The premier moved swiftly to replace them, promoting Nadhim Zahawi and Steve Barclay, but his allies judge that he'd struggle to survive if many more members of his top team quit. As it is, there have been a slew of resignations from more junior posts.

The resignations come after a string of scandals that have tainted Johnson's leadership, culminating in 10 Downing Street's changing messaging about what the premier knew and when about allegations surrounding the behavior of Chris Pincher -- who quit last week as a government whip, or enforcer, -- less than half a year after being promoted to the role.

Johnson's handling of partygate -- he became the first sitting prime minister found to have broken the law in office by attending an illegal gathering during the Covid-19 lockdown -- led to a confidence vote in his leadership last month. He narrowly survived that, but the latest scandal has brought new opponents who could ultimately help bring him down.

With no clear favorite to succeed Johnson, those likely to throw their hats into the ring should the British premier leave office include the two departing ministers, as well as members of the present cabinet and past ones. Here are some of the main contenders: 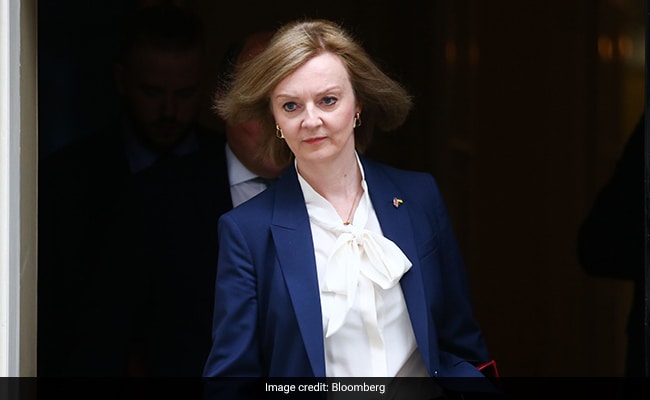 Truss, 46, is a free-market Conservative who's a darling of the party grassroots, having topped the ConservativeHome league table of cabinet ministers for a year until February.

Leading the Foreign Office since September, Truss has been a prominent figure in Britain's response to Russia's war in Ukraine and now handles the negotiations with the EU over their post-Brexit relationship. Before that, Truss consolidated her popularity as international trade secretary, a stint that included agreeing rollover trade deals with dozens of countries.

Truss's current politics contrast with her upbringing by left-wing parents and her stint in student politics as president of the Liberal Democrats at Oxford University. She comes from the libertarian wing of the Tories and has unashamedly invited comparisons with their icon, the "Iron Lady" Margaret Thatcher.

Truss has a carefully-curated social media presence, including posing recently in a tank in eastern Europe -- much as Thatcher did on a visit to British forces in Germany in 1986. A self-declared low-tax Tory, she supported remain in the 2016 referendum to leave the EU -- but has since embraced Brexit with the zeal of a convert. 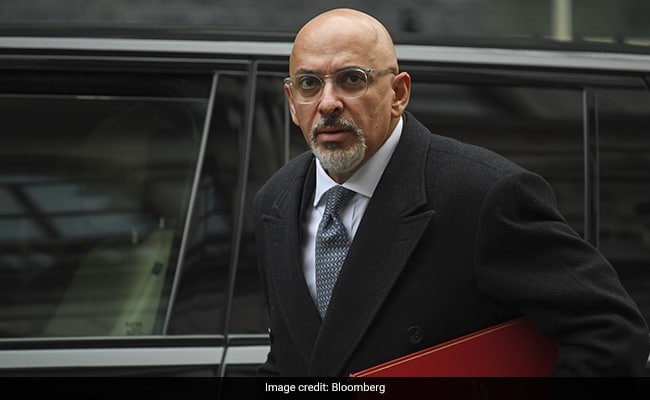 The UK's new chancellor was born in Baghdad to Kurdish parents, arriving in the UK as a boy, unable to speak English, when his family fled Saddam Hussein's regime in Iraq.

A self-made millionaire, he trained as a chemical engineer at University College London and went on to co-found the polling firm YouGov, serving for five years as its chief executive officer before entering Parliament in 2010. The 55-year-old has also worked in the oil industry.

It took Zahawi until 2018 to join the ministerial ranks, but a stint as vaccines minister overseeing the UK's successful roll-out of Coronavirus vaccines earned him praise and a promotion to the cabinet, as education secretary, in September. He backed Brexit in 2016.

While Johnson's detractors will argue that Zahawi's continued loyalty to a tainted premier makes him unsuitable to lead the party, he's widely regarded as a safe pair of hands and is popular with the Tory party grassroots. His arrival at the Treasury gives him a platform to reinforce that base through potential tax cuts that traditional Conservatives have been demanding for months. But with the UK in the middle of a crippling cost-of-living crisis, he could also be blamed if his policies don't spur a recovery. 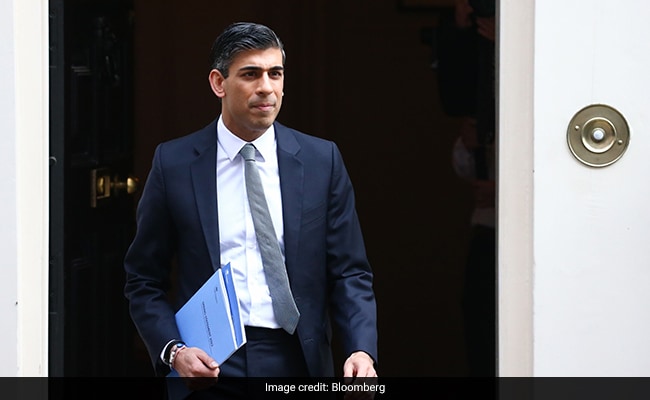 Rishi Sunak, U.K. chancellor of the exchequer, departs on his way to present the spring statement to Parliament in London, U.K., on Wednesday, March 23, 2022.

Plucked by Johnson from relative obscurity and appointed Chancellor of the Exchequer -- his first full cabinet position -- in February 2020, Sunak, 42, was once the clear favorite to succeed the prime minister.

Sunak became a household name during the pandemic after unleashing tens of billions of pounds in government largess to help businesses and workers, causing his popularity to soar. A subsidy program for hospitality helped cement his nickname of "Dishy" Rishi -- old-fashioned British slang for good-looking.

Yet his star had faded earlier this year amid controversies over his wife's non-dom tax status, his possession while chancellor of a US green card, and the perception of him being too slow to react to Britain's cost-of-living crisis. He was also fined for participating in an illegal Downing Street gathering during the pandemic.

Despite all that, he's still seen by the bookmakers Ladbrokes as joint favorite to succeed Johnson -- alongside former Defence Secretary Penny Mordaunt (see below). That's down to the perception that he's one of the Tory Party's most polished performers, with a keen grip of policy detail. His resignation citing economic differences with Johnson as well as the tone of the government's behavior may earn him new fans, and out of cabinet, he can distance himself from the premier, giving himself an advantage over ministers who have stayed in cabinet, such as Truss and Zahawi.

As chancellor, he held regular meetings with rank-and-file Tory MPs and is well liked. But his standing with backbenchers has also taken a hit due to a succession of recent tax rises that have put the UK tax burden on track to its highest since the 1950s. 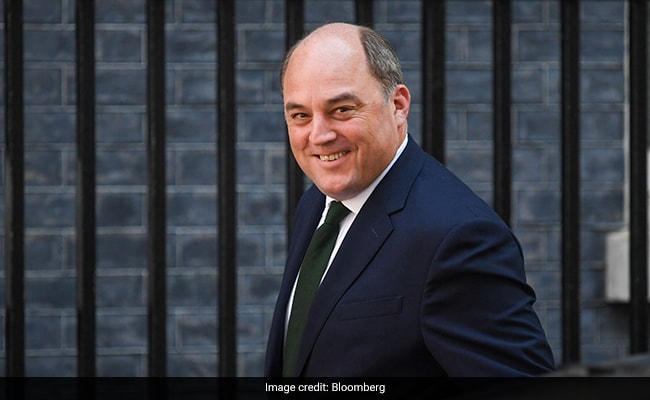 Defence Secretary Ben Wallace, 52, featured on few lists of Tory leadership contenders a year ago. But he's seen to have performed competently in Britain's response to Russia's invasion of Ukraine and, prior to that, the Afghanistan evacuation crisis.

Wallace has since shot to the top of the influential ConservativeHome league table of cabinet ministers, a widely-watched barometer of popularity among party insiders, while a survey this week by the same website put him as the preferred pick of grassroots Tories to be their next leader, edging out Mordaunt and Truss.

A former Army captain, Wallace entered Parliament in 2005 after previously serving in the Scottish Parliament. He won plaudits in 2008 for his work campaigning for transparency around MPs' expenses. A junior minister since 2015 under Cameron and then May, he was promoted to his current post when Johnson took power in 2019.

Wallace was seen arriving with Johnson to the confidence vote in his leadership, a sign of his closeness to the prime minister's inner circle. Last month, Wallace said he was "not interested" in a bid for the leadership -- but that could all change in the event of a contest, especially given his popularity with the party grassroots. 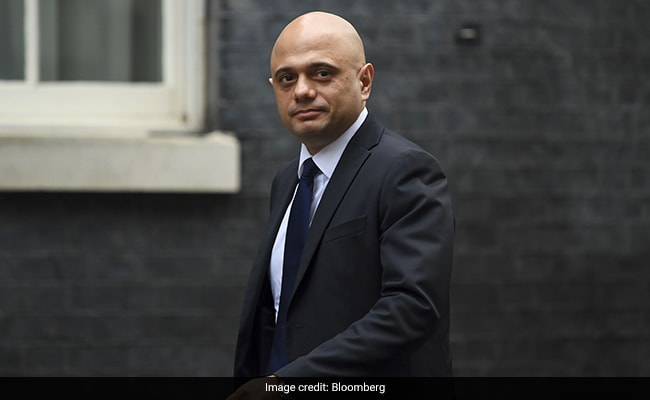 Ex-Health Secretary Sajid Javid, 52, is another experienced cabinet hand, having headed six government departments and placed fourth in the 2019 leadership contest. Jumping with Sunak  -- the two men are friends -- suggests that they could run as a joint-ticket with one as prime minister and one as chancellor, giving them more weight. Sunak was previously Javid's number two at the Treasury.

A Thatcherite, he famously has a portrait of the former premier on his office wall. Javid is a second-generation immigrant and son of a bus driver. He and his four brothers grew up with their parents in a two-bedroom flat above the family shop in Bristol. A Muslim, he faced racial abuse as a child. After attending state school, he went on to study at the University of Exeter before embarking on a successful banking career -- at one point running Deutsche Bank's trading operations in Asia.

Javid entered Parliament in 2010, and by 2012 was a junior Treasury minister. He was promoted by Cameron to the cabinet as culture secretary in 2014, and since then has also headed the business and communities departments before being made home secretary by May and Chancellor of the Exchequer by Johnson.

But Javid's tenure as chancellor was brief because he quit on principle after refusing Johnson's demands to fire his most senior aides. He never delivered a budget, and has since attracted criticism for acknowledging holding non-dom tax status before entering Parliament. He returned to the cabinet last year for a short stint as Health Secretary before quitting on Tuesday. 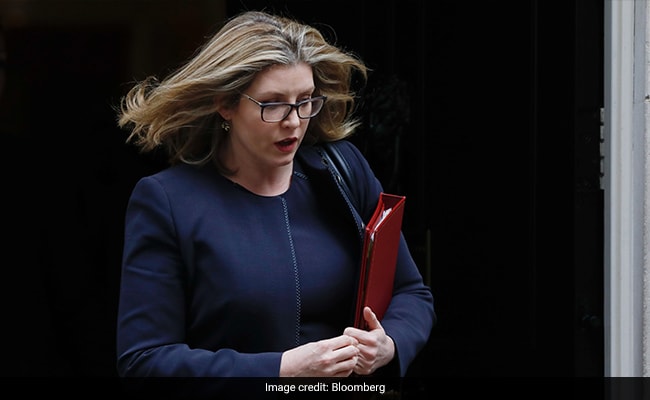 Penny Mordaunt, U.K. defence secretary, departs from a weekly meeting of cabinet ministers at number 10 Downing Street in London, U.K., on Tuesday, May 7, 2019.

If anyone from outside the current cabinet were to claim the top job, Penny Mordaunt, 49, would appear a likely candidate, as one of the most popular MPs among the Tory party members. Ladbrokes rates her joint favorite to succeed Johnson, and she only narrowly came second to Wallace in ConservativeHome's survey this week on who should be next Tory leader.

Currently a trade minister, Mordaunt has recently been touring the US, seeking to secure state-by-state mini-deals to open up commerce. She's viewed in the party as having strong pro-Brexit credentials, charisma and good leadership qualities.

Mordaunt's popularity stems in part from her risque humor: In one speech in 2014, she made a somewhat lewd joke about a naval training lecture she'd attended. She made headlines in 2014 by deliberately lacing another intervention, on poultry welfare, with sexual innuendo, after losing a bet with Navy comrades. She also famously belly-flopped on a national television program that tried to teach celebrities the art of diving -- but raised 10,000 pounds ($12,000) for charity in the process.

Mordaunt's mother died when she was 15 and she helped bring up her younger brother. She worked in orphanages in Romania before going to university, and also at one point was a magician's assistant. Before becoming an MP, she worked mainly in public relations. The bookmakers' favorite earlier this year, Hunt, 55, has barely concealed his leadership ambitions in recent months.

Having run the National Health Service under David Cameron and Theresa May, Hunt came second in the 2019 leadership election, losing to Johnson by a landslide. Also a former foreign secretary, he presents himself in direct contrast to the premier: He campaigned to stay in the European Union during the 2016 referendum, his style is more measured and he appeals to the center-right traditional Conservative membership, as opposed to the staunch Brexit wing that launched Johnson into power.

Last month, Hunt tweeted that now is the time to decide if the party "wishes to change its leader," a clear indication of his intention to run. An MP since 2005, he's not had a senior position in government since Johnson took over in 2019, and has kept himself busy writing a book on the NHS.

Tom Tugendhat, the 49-year-old former soldier who fought in Iraq and Afghanistan and who chairs Parliament's foreign affairs select committee, has already signaled he would run in any leadership contest.

First elected in 2015, Tugendhat supported Britain remaining in the EU but has since said the country should move on. He has been a regular critic of Johnson and is frequently outspoken on foreign policy matters, particularly the need to take a tough stance against China.

Other Tories who may well consider a run include Home Secretary Priti Patel, a leading figure in the campaign for Brexit; Business Secretary Kwasi Kwarteng -- the first Black Tory to run a government department; and Housing Secretary Michael Gove, a two-time leadership candidate who came third in 2019, though he has appeared to rule himself out from running again.

--With assistance from Kitty Donaldson.