Having a serious speaker, Ron Chernow is an esteemed historian, is a big break from the tradition of having a stand-up comedian entertain the ballroom of journalists, members of Congress and administration types. 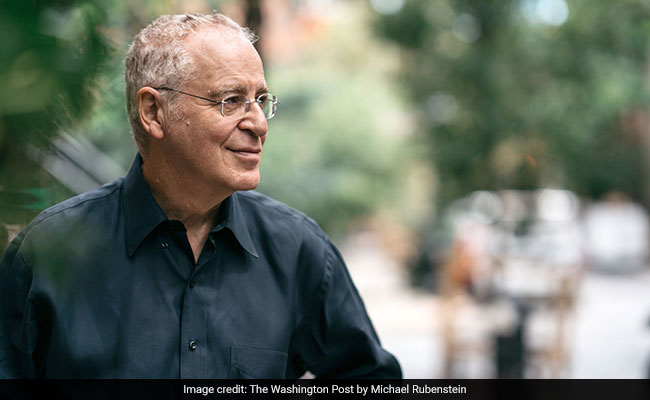 Say goodbye to the jokes that have flowed from the dais of the White House correspondents' dinner for decades: The White House Correspondents' Association announced Monday that biographer Ron Chernow will be the featured speaker at the annual black-tie event in the spring.

Having a serious speaker - Chernow is an esteemed historian who has chronicled the lives of George Washington, Alexander Hamilton and Ulysses S. Grant, among others - is a big break from the tradition of having a stand-up comedian entertain the ballroom of journalists, members of Congress and administration types.

"I'm delighted that Ron will share his lively, deeply researched perspectives on American politics and history at the 2019 White House Correspondents' Dinner," WHCA President Olivier Knox, who is the chief Washington correspondent for SiriusXM, said in a news release. "As we celebrate the importance of a free and independent news media to the health of the republic, I look forward to hearing Ron place this unusual moment in the context of American history."

Knox declined to comment for the record, but the hiring of Chernow is likely to tamp down the sort of controversy that followed comedian Michelle Wolf's stand-up routine at April's dinner

Wolf landed polarizing punchlines about White House press secretary Sarah Sanders, who attended the dinner and sat at the head table in the stead of her boss. "She burns facts and then she uses that ash to create a perfect smoky eye," Wolf said of President Donald Trump's spokeswoman, whom she also likened to an "Uncle Tom, but for white women who disappoint other white women."

"The so-called comedian really 'bombed,' " tweeted Trump, who had skipped the dinner for the second time in his presidency.

In the wake of the controversy generated by those comments, the heads of several major news organizations, including Politico and The Washington Post, told WHCA board members that they preferred to do away with a comedian as the evening's entertainer.

The news organizations have considerable financial leverage; they buy the tables at the event each year.

Politico publisher Robert Allbritton "expressed his concern about [Wolf's] routine and how that reflected on the journalists and the other people sitting in that room," said a person close to Allbritton. "He had a strong belief that a change was appropriate" in the evening's entertainment.

Washington Post publisher Fred Ryan had a similar comment Monday: "The event should be about the journalists," he said in an interview. "It shouldn't be about cutting humor but about journalism."

Following the news of the programming change Monday, Wolf tweeted that the correspondents' association "are cowards. The media is complicit. And I couldn't be prouder."

The association's news release included comment from Chernow, who said that this is the "perfect moment to go back to basics. "The White House Correspondents' Association has asked me to make the case for the First Amendment and I am happy to oblige," Chernow said.

But he promised to make his performance at the event, which will take place April 27, at least a little entertaining. "While I have never been mistaken for a stand-up comedian, I promise that my history lesson won't be dry," he said.

Since the early 1980s, the dinner has featured a stand-up act by a celebrity comic who makes jokes targeting both the president and the news media, and the president gets his turn at the mic to deliver a jokey stand-up act. (The two exceptions were in 1999 and 2003 when Aretha Franklin and Ray Charles performed, respectively.) But that setup has become fraught in recent years by Trump's boycott, which leaves half the jokes landing on a target who isn't there to give as good as he gets. The dinner itself, too, has come under scrutiny for its transformation into a celebrity-laden spectacle in which sources and the journalists who cover them appear to cozy up for a formal-dress schmooze. And in the Trump years, it has lost some of its luster, because the president and Hollywood types have stayed away.

But will a WHCD with fewer laughs - and a bigger focus on the First Amendment and the association's scholarships that the dinner funds - be any fun? We asked Frank Sesno, a former CNN correspondent who now heads George Washington University's School of Media and Public affairs, that exact question before the first dinner under the Trump administration in 2017. "Frankly, people don't want to put on a tux and come out on a Saturday night to get lectured to," he said.