White House Concert Used To Be Sea Of Stars. For Trump, It's a Drought

This year, taking the stage will be . . . two "American Idol" finalists. As in, not actual winners. Ever heard of Jax? Jonny Brenns? Not ringing a bell? You're not alone 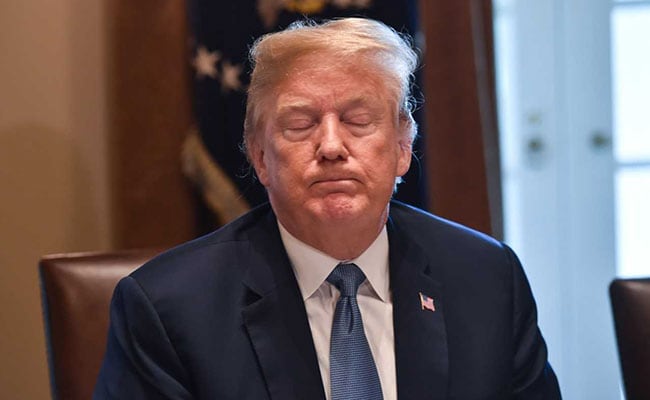 He could barely contain himself. Jimmy Fallon, then just a few months into his new gig as host of "Late Night with Jimmy Fallon," stood on the South Lawn for the Obama administration's first Independence Day celebration in 2009. The comedian was, to use the his own words, "like freaking out."

"This is amazing. I can't believe I'm on the White House lawn. This makes no sense," he said in a taped interview hours before his evening performance.

"I'll never forget this Fourth of July ever," continued Fallon, who would perform on the same stage as A-listers such as the Foo Fighters and singer Michelle Branch. "It's such an honor to be here. I'm so honored. This is so cool." Okay, okay, we get it, Jimmy.

Performing at the White House is like a really big deal. At least it was during the Obama years, when marquee names lined up to take the hot summer stage on the South Lawn with the National Mall's storied fireworks display going off in the background.

Big arena acts such as the Killers, Cedric the Entertainer, Brad Paisley, Pitbull, Bruno Mars, Kendrick Lamar, Janelle Monae and more have performed at the White House's BBQ, concert and firework viewing party, which is organized by the USO for more than a thousand military troops and their families.

But that was then.

This year, taking the stage will be . . . two "American Idol" finalists. As in, not actual winners. Ever heard of Jax? Jonny Brenns? Not ringing a bell? You're not alone. And there's also country singer Sara Evans, whose last hit was back when "Lost" was still on the air (that was 2010, for the record, if you can remember that far back).

Big-name acts that seemed old hat during the glittery Obama years have yet to warm up to the Trump administration.

A-listers turned down the opportunity to perform at President Donald Trump's inauguration, and Trump was left with the Mormon Tabernacle Choir and "America's Got Talent" contestant (again, not the winner) Jackie Evancho as headliner to belt out the national anthem. With most of Hollywood having stumped for Democratic presidential candidate Hillary Clinton, the cold shoulder it collectively gave the Trump administration was far from surprising - especially so soon after the upset election. But it seemed possible that celebs could eventually come around - after all, playing the White House isn't such a bad gig. This year, the Hallmark channel is airing the concert, so there's exposure, too. And despite his penchant for starting grade A-list beef on Twitter, Trump has made some friends among the boldface set. Kim Kardashian, anyone?

But it seems that it's still the case that top musicians fear alienating the chunk of their fan base who find Trump toxic. Since taking the Fourth of July gig, Jax, a pop-rock singer who finished third on "American Idol" in 2015, has faced a social-media backlash. In a recent interview with TMZ, Jax sought to make her decision to play on the White House lawn not about the guy who lives inside. "It's kinda a really unfortunate thing people can't separate politics and patriotism," she said.

"I would have jumped at the chance to perform for any president," she tweeted this week. "It's an honor & once in a lifetime opportunity to perform at the White House for a military event."

Classical pianist Lola Astanova, who will also be performing at the Independence Day concert, echoed Jax's sentiments. "This day goes beyond one president," Astanova told Women's Wear Daily. "It's a way to pay tribute to our troops. That's really what this concert is about. Presidents come and go, but the Fourth of July and the celebration of our country is really what this event is about," she continued. "It's an honor to perform the national anthem at the White House on Independence Day. As a first-generation American, it's quite meaningful."

Of course, the addition of any performers at 1600 Penn is a step up from last year's Independence Day event, which had no formal concert schedule. In 2017, the Trumps celebrated America's birthday with an afternoon picnic for armed service members and their families, and White House staffers and their families later watched the fireworks display.

Just a mile and a half away from the South Lawn, a slew of celebs will be performing at PBS's annual "A Capitol Fourth." That event, hosted by John Stamos and airing live at the same time as the White House event, airs on PBS, will showcase the Beach Boys, Pentatonix, Jimmy Buffett and the cast of his Broadway show "Escape to Margaritaville," Chita Rivera, Luke Combs, the Temptations and more. Perhaps next year Jimmy Fallon could dust off his 10-year-old act for the Trumps' celebration. But . . . probably not.