When The American Dream Became A Mortgage Nightmare

Banks threw loans at anything that moved. And intermediaries made a fortune selling investment products fashioned from debt obligations that, it turned out, would never be repaid. 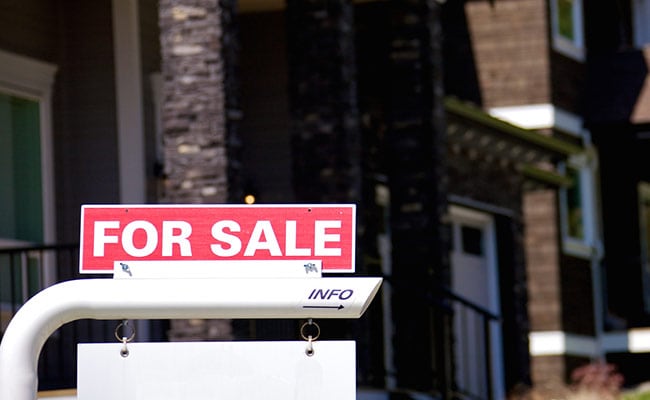 During the real estate boom, it was easy to get a mortgage (Representational)

A decade ago, as the financial crisis raged in the United States, Jesus Rodriguez told his kids a fib: he was selling the family furniture because they were moving to Disney World.

The truth was Rodriguez was desperate for money, having lost his home as did hundreds of thousands of people in the Great Recession that began in 2008.

Rodriguez's voice chokes as he remembers the painful episode.

"My kids were very little and we started selling everything. They said, 'hey daddy, where are we going?'" Rodriguez recalled.

"'We are going to Disney World,'" he remembered telling them. "And they said 'daddy, is it that expensive that we have to sell the fridge and the beds?'"

"No, no don't worry, we'll buy new ones when we come back," Rodriguez said he told his children at the time.

Today Rodriguez, 57, lives with his family in a rented apartment in Coral Springs, north of Miami.

During the real estate boom that preceded the financial meltdown, it was dead easy to get a mortgage.

Banks threw loans at anything that moved. And intermediaries made a fortune selling investment products fashioned from debt obligations that, it turned out, would never be repaid.

Soon after immigrating from Venezuela with his family in 2005, Rodriguez landed a loan to buy an apartment he thought would be a slice of the American dream - even though he earned just $15,000 a year working in a print shop.

"My neighbor was a pizza delivery man and he got the same loan," Rodriguez said.

One of the meltdown factors, said mortgage foreclosure lawyer Shari Olefson, was that in a rush for profits banks "created a lot of unique types of products" for home buying.

"We call them sort of riskier mortgage products," Olefson said.

"The second ingredient was a lot of Americans who were not experienced in real estate, but thought that they could become real estate investors," said Olefson, author of the book "Foreclosure Nation."

"We had a lot of people buying properties on spec. People who had no experience," she said.

"Maybe someone who works in a hair salon who's all of a sudden buying four or five apartments because they can get the financing for it," she said.

One year into the crisis, Rodriguez saw his mortgage interest rate jump from four to 14 percent.

"Part of what happened was these loans started adjusting, the payments started going up and so all of the sudden, these loans were in default," said Olefson.

As foreclosures mounted, there was a ripple effect, "as if you throw a stone into a pond, because the more people that went into foreclosure, the more inventory that came on the market," which in turn pushed prices down.

"All of a sudden panic really set in," she said.

The real estate crisis toppled banks and other financial institutions, and sent shock waves around the world. It was the worst economic downturn since the Great Depression of the 1930s.

According to RealtyTrac, a real estate data company, in 2008 there were a record number of foreclosure filings -- meaning default notices, auction sale notices and bank repossessions.

Two years later another record was broken: 3.8 million filings, or 23 percent more than in 2008, said RealtyTrac.

Hardest hit were the states of Nevada, Florida and Arizona.

Today, Rodriguez works as an insurance company financial adviser -- which he admits is an ironic twist of fate.

"Now I'm helping people to not get what I got, to not go that deep in debt," he said. "It's like I'm paying back."

Experts say another such real estate meltdown is unlikely, partly because it's harder to get a mortgage.

"In short, the gloom and doom stories just don't have much basis in reality," said Dean Baker of the Center for Economic and Policy Research.

There are plenty of economic problems "but the prospect of another big crash is not one of them."

Yet Florida, which lures foreign investors that are often speculating, lives in fear of a new real estate bubble.

But, he added, no bubble is on the horizon.

"We aren't there yet because tighter lending is keeping home price increases in check somewhat," Blomquist said.