In his statement giving intelligence agencies 90 days to redouble efforts into the origin of COVID-19, US President Joe Biden asked them to come up with "specific questions for China. 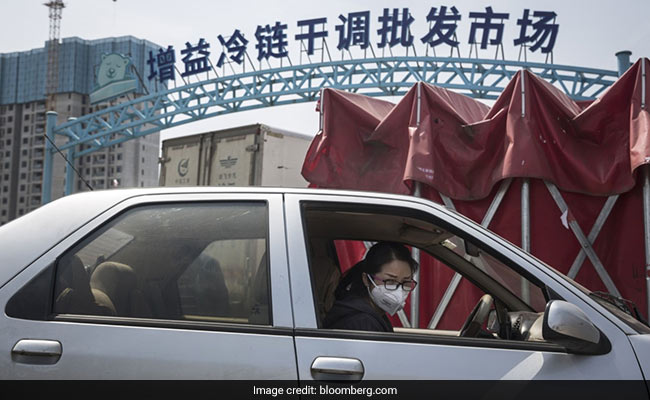 The U.S. push for a new inquiry to determine the origins of the coronavirus -- including whether it leaked from a Wuhan lab -- raises a key question: What has China failed to disclose?

The Group of Seven leaders this weekend are set to call for a fresh, transparent, World Health Organization-convened study into the origins of this virus, according to a draft statement seen by Bloomberg News. Yet so far they've been vague on what exactly they want.

In his statement giving intelligence agencies 90 days to redouble efforts into the origin of COVID-19, President Joe Biden asked them to come up with "specific questions for China." Beijing officials have repeatedly denied that the virus leaked from the lab, and pointed to a WHO report earlier this year that said the most likely origin was natural.

But WHO Director-General Tedros Adhanom Ghebreyesus said the lab leak hypothesis required further investigation, adding that he was ready to deploy more resources. He said scientists would benefit from "full access to data," including biological samples from at least September 2019. The European Union similarly called for more data.

Here's what a new study should examine:

One big outstanding question is what type of work was actually going on in the Wuhan Institute of Virology. Shi Zhengli, the top bat coronavirus researcher at the lab, said in a March 2020 article in Scientific American that the genetic code of the virus that causes Covid-19 doesn't match any of her lab's samples. She also told the WHO team that all staff had tested negative for Covid-19 antibodies.

Still, researchers haven't yet had access to all coronavirus isolates and genomic sequence data held at Wuhan labs. And they also haven't had access to log books and records of the research that was being conducted on coronaviruses, in particular viruses with the RaTG13 bat sequence that is similar to SARS-CoV-2, the pathogen underpinning Covid-19.

There are also questions about whether the institute conducted gain-of-function experiments, in which researchers manipulate naturally occurring viruses to see if they can be made deadlier or more transmissible.

The Wall Street Journal reported last month that U.S. intelligence indicates three researchers from the lab became sick enough in November 2019 that they sought hospital care. A number of media also reported that the Chinese government has restricted access to an abandoned copper mine in southwest China where researchers from the Wuhan lab collected coronavirus samples after a 2012 incident in which six miners fell ill with a "mysterious" respiratory illness.

Shi, the bat coronavirus researcher, told the WHO team that all staff had tested negative for Covid-19 antibodies. The China Daily again reported this week that no staff member of the Wuhan Institute of Virology has ever contracted the virus that caused Covid-19.

To identify the earliest human cases in December 2019, the WHO team reviewed health records, mortality data, trends in retail sales of cold and cough medications and reported patterns of influenza-like illnesses and severe respiratory infections in the two months preceding the outbreak in Wuhan.

International investigators examined 76,000 cases from more than 200 medical centers, and researchers in China also tested some 4,500 patient specimens stored at hospitals in Wuhan and other parts of China.

Even so, the WHO team that went to Wuhan earlier this year proposed further analysis of cases of respiratory illness that occurred in Wuhan in October and November 2019.

Researchers this week found that mink, masked palm civets, raccoon dogs, Siberian weasels, hog badgers and Chinese bamboo rats were among 38 animal species sold live at markets in Wuhan from May 2017 to November 2019.

Still, gaps remain in evidence to support a theory that the virus spilled over to humans from animals. WHO researchers haven't seen full documentation of what species of animals were sold live at markets in Wuhan in 2019, when they were present, and a list of their vendors and suppliers.

The WHO team has sought additional sampling of animal species that may act as a reservoir, including bat populations in China and neighboring countries. They also would benefit from names and addresses of farms raising minks, foxes, raccoon dogs and other fur-producing animals in China from 2018 to 2020.

Evidence From Outside China

The WHO team has called for collecting and analyzing epidemiological, clinical, molecular and environmental data from other countries to better understand the virus's origins, since some reports have suggested it may have been circulating outside China before December 2019. They are also seeking more research to understand if it could be transmitted from contaminated products to humans, and under which conditions that might occur.